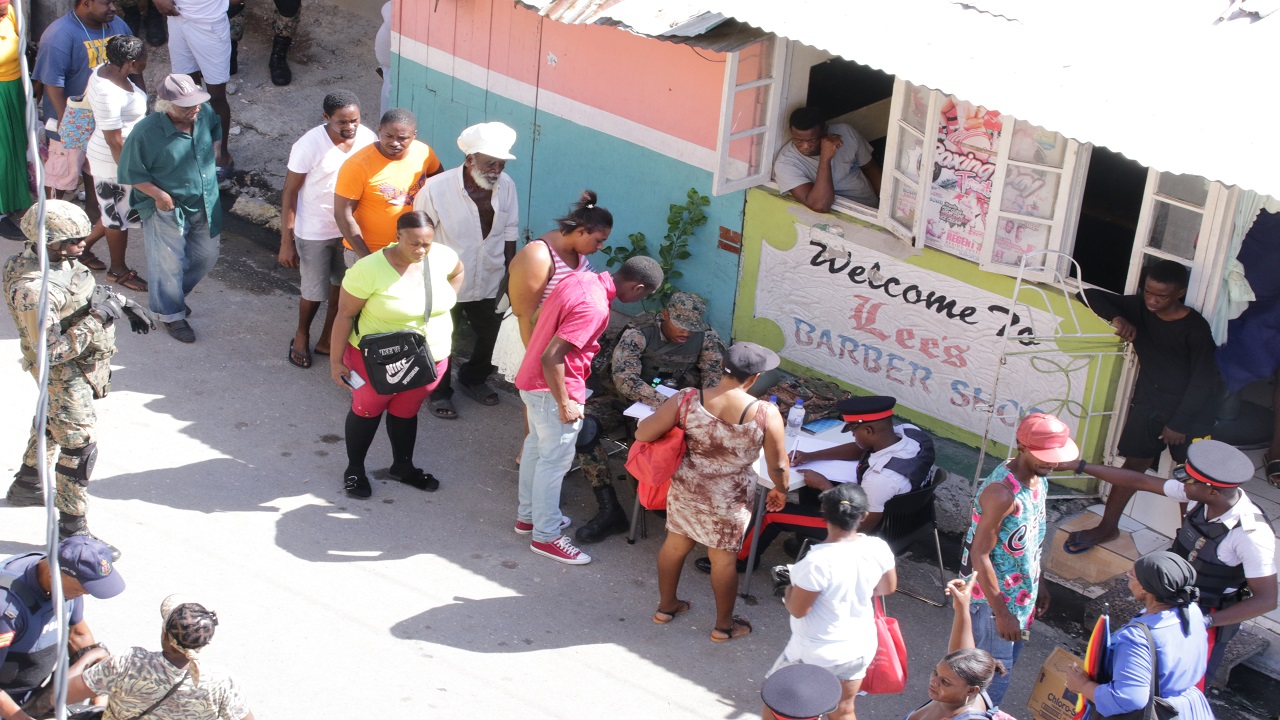 Denham Town residents being processed by members of the security forces after the community was declared a ZOSO on Tuesday.

There was mixed reaction by residents in Denham Town on Monday to Government declaring the West Kingston community as the second Zone of Special Operations.

In making the case for Denham Town as a ZOSO, police commissioner George Quallo said there are 12 gangs in the area that are "involved in numerous murders and shootings". He noted that gun violence in the community have claimed the lives of 17 persons since the start of the year.

Job Wallace, a resident of the area, welcomed the ZOSO, while expressing hope that the presence of the security forces will help bring peace to the community.

"This is something we have been waiting on for a long time," Wallace said, explaining that there was "too much war and violence in the area."

On the other hand, there were other residents who felt the ZOSO would cause severe inconvenience.

"Them must gwaan and leave the people them alone," said a woman who asked not to be named.

"This operation going only pressure poor people," she said.

Another woman said she felt pressured with the request to always present a form of identification, calling it "unnecessary".

Mount Salem and its environs was named as the first Zone of Special Operations under the Law Reform Act on September 1.

The law seeks to contain crime while safeguarding the human rights of residents and promoting community development through social-intervention initiatives.