Decision to be taken on Champs in next 24 hours - Tufton 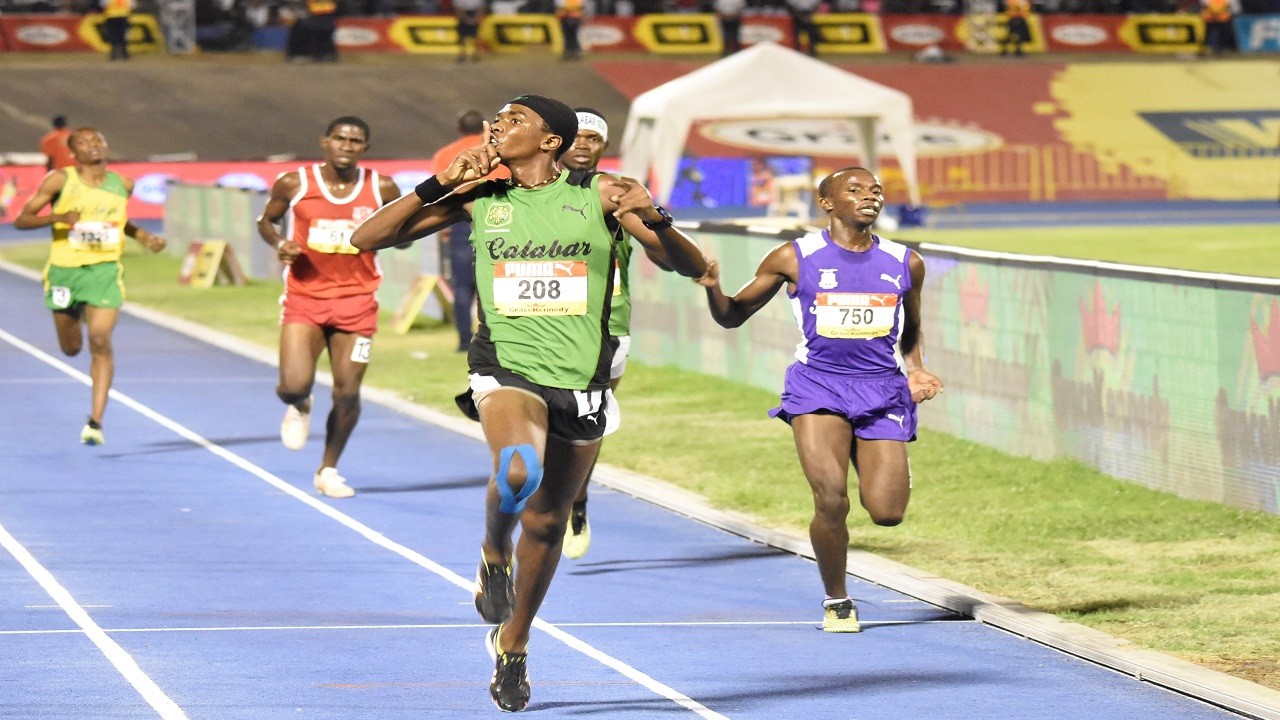 Kevroy Venson of Calabar High reacts on his way to victory over Kingston College’s Ugandan athlete Arymanya Rodgers in the in the 1500m at the 2018 ISSA/GraceKennedy Boys and Girls' Athletics Championships at the National Stadium.

With increasing concerns about the spread of the coronavirus, Covid-19 which has now been detected in Jamaica, the country should know in the next 24 hours whether the annual ISSA/GraceKennedy Boys and Girls' Athletics Championships will go ahead this year as scheduled.

The five-day spectacle, which attracts tens of thousands of spectators locally and from overseas is set to take place from March 24-28 inside the National Stadium in Kingston.

However, the Minister of Health and Wellness, Dr Christopher Tufton, said on Tuesday that he will be meeting with Champs organisers ISSA and main sponsor GraceKennedy, following which an announcement will be made in the next 24 hours.

Tufton made the announcement during a press conference at his ministry’s New Kingston offices where he announced Jamaica’s first case of the Covid-19, an imported one.

The affected female has dual Jamaican-UK citizenship. She arrived in the island on March 4 but did not show symptoms until March 9 when she went to her doctor and was tested. The results came back positive Tuesday morning.

Right around the world, sporting events are being cancelled or held without spectators as coronavirus cases have soared to nearly 114,000 and over 4,000 deaths.

If the Boys and Girls' Championship should go ahead, it will likely happen without spectators as was reported on Sunday by Loop Sports.

Speaking during a media interview on the final day of the Carifta Trials at the National Stadium, President of the Jamaica Athletics Administrative Association (JAAA), Dr Warren Blake said: “It (the coronavirus) is going to have a negative impact on events if/when it comes to Jamaica. If it comes before these events (Champs and the Jamaica Invitational), the health authorities will have to sit down, look at the number of cases, where they are, and take the serious decision whether to allow a crowd like the size of Champs to come together, to put 35,000 people into our National Stadium when some of them might be infected”.

“This is really going to be a watch and see ...it could be possible that Champs could go ahead without spectators in the stand because of the danger of putting large crowds of people together.

“It’s hard to say what will happen but it (the assessment) has to be on a day-to-day basis. When it comes to a cut-off point then the hard decision will have to be made,” Blake added.

In his prepared statement at Tuesday’s press conference, Tufton said “public gatherings are being discouraged at this time, as well as non-essential travel”.

A sizeable foreign media contingent usually attend the championship, so too many Jamaicans who reside overseas, many in places that are battling a coronavirus outbreak.