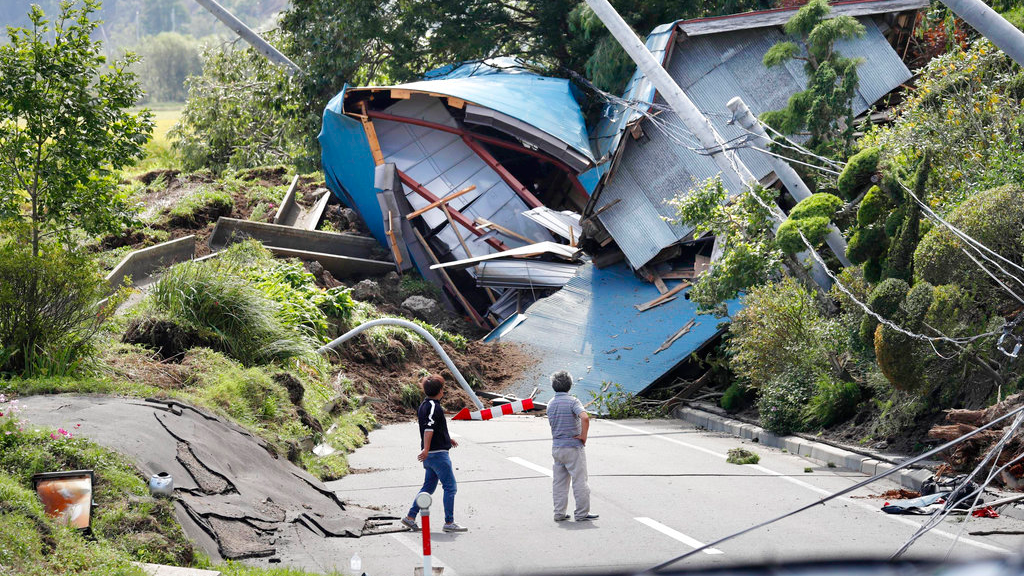 The death toll has hit 39 from a powerful earthquake that struck the northern Japanese island of Hokkaido last week, authorities said Sunday. One person remained missing in the hard-hit town of Atsuma, where multiple landslides triggered by the quake slammed into houses at the foot of steep hills.

Rescue workers used backhoes and shovels to search for the missing in a tangle of dirt, fallen trees and the rubble of homes left by the landslides. All but four of the victims were from Atsuma, a community of 4,600 people.

Prime Minister Shinzo Abe visited hard-hit Kiyota ward on the eastern edge of Sapporo, the capital of Hokkaido. In some parts of Kiyota, the earth liquefied and sank as much as a meter (3 feet), tilting houses, cracking roads and unleashing a mudflow that solidified and trapped vehicles in parking lots.

The magnitude 6.7 earthquake struck before daybreak Thursday and knocked out power and train service across Hokkaido, home to 5.4 million people. It took two days to restore electricity to most households. A few hundred were still without power Sunday, mostly in Atsuma.

About 2,600 people were staying in temporary shelters, down from a peak of 16,600, the Hokkaido government said.

Japan quake toll up to 18 as rescuers dig through landslides