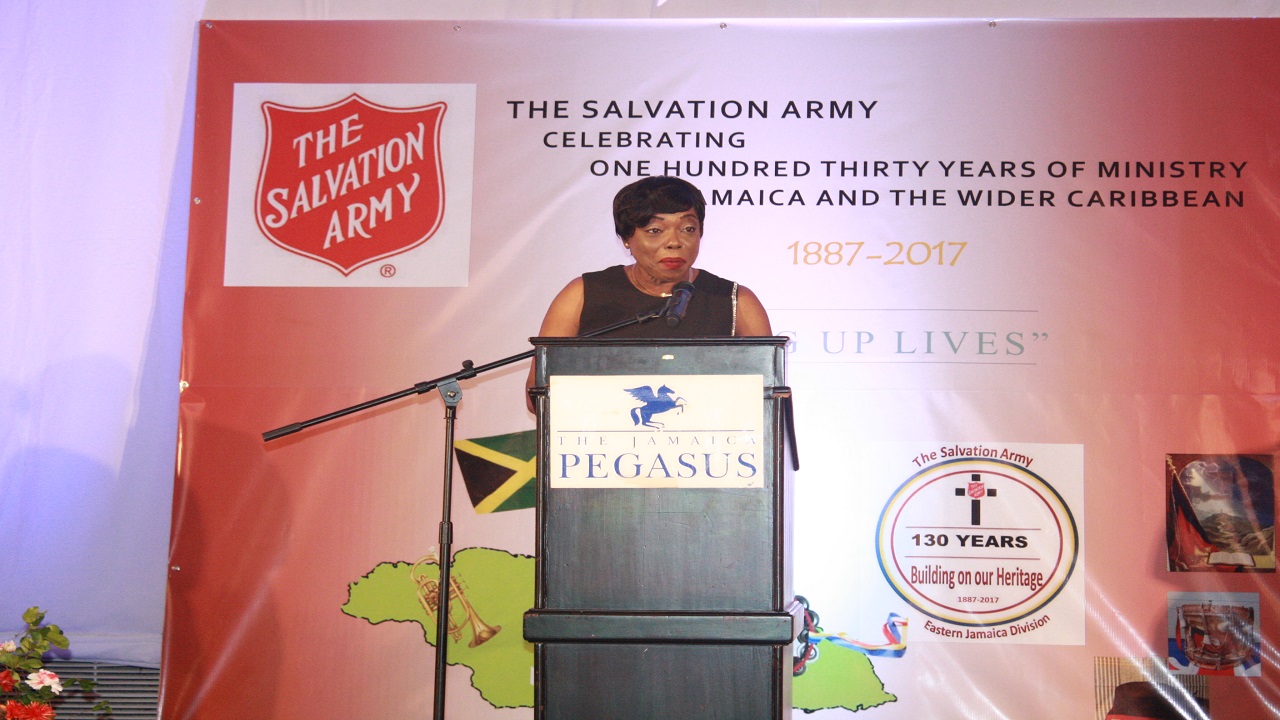 Deputy Commissioner of Police (DCP) Novelette Grant is putting forth the concept of the island's police officers embracing and demonstrating empathy as a tool for crime prevention and nation healing.

She made the point while speaking at the Salvation Army Eastern Jamaica Division’s Fund-Raising Dinner held at the Jamaica Pegasus hotel on Wednesday May 24.

“The example that has been, and continues to be, set by the Salvation Army is poignant for the members of the Jamaica Constabulary Force (JCF) today. Solving crimes and preventing them remains our mission, but today’s world requires us to be more than just crime fighters," Grant said.

She added, "This is no easy task, and it asks that as police officers, we stand in someone else's shoes, we feel what someone else is feeling and we see through someone else’s eyes.”

The comments were well received by the audience – comprised of senior level Salvation Army officials, members of the Advisory Board and well-wishers – who relayed their appreciation through unabashed and rousing applause.

In highlighting synergies between the Salvation Army, which has been operating in the island since 1887, and the JCF, which is celebrating its 150th anniversary this year, DCP Grant stated that both organisations have positively impacted generations and will continue to be agents of change in Jamaica.

While acknowledging that “policing with empathy is not easy”, DCP Grant stressed that it is a necessity in what she described as a “turbulent criminal landscape”.

"It asks that we empathise with Billy the taxi driver, Suzette the roadside vendor, Bobby the handcart man and so many other personalities who are eeking out a living in ways counter to public order," she continued. "And, it asks that we do this in a society where hardened criminals have no qualms about murdering a Policeman in uniform in broad daylight on one of the busiest streets in the corporate area,” she asserted to the receptive audience who remained focused on her every word."

Grant boldly established that “We can heal our nation through empathy and kindness. Empathy unites and stimulates a connectedness between us that will help us to better understand and relate to each other.”

She also noted that the society is suffering from an empathy deficit and put out a rallying call for all Jamaicans to “engage in acts of random kindness to halt and eliminate this horrible proliferation of abuse and other criminal activities as we embrace empathy for a positive change in Jamaica.”