DBJ to on-lend $5 billion to MSMEs 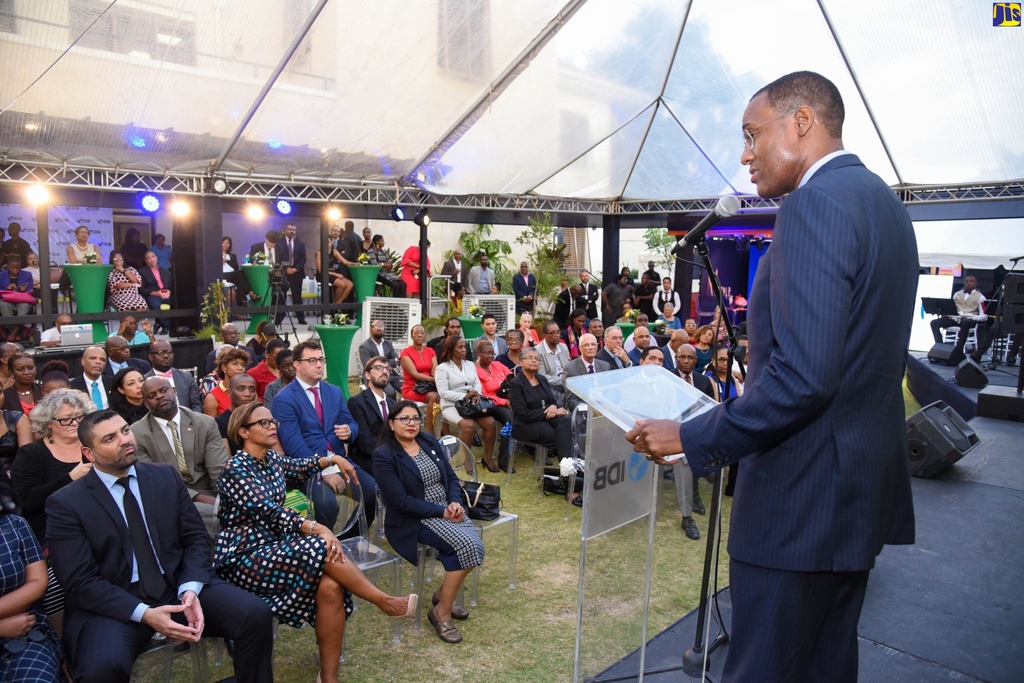 Minister of Finance and the Public Service, Dr Nigel Clarke (at podium), addresses attendees at the launch of the 50th anniversary of the Inter-American Development Bank’s (IDB) operations in Jamaica, at its Montrose Road offices, in Kingston, on Thursday. (Photo: JIS)

The Development Bank of Jamaica (DBJ) will be on-lending $5 billion to micro, small and medium-sized enterprises (MSMEs) over the next 12 months.

This was announced by Minister of Finance and the Public Service, Dr Nigel Clarke, at the launch of the 50th anniversary of the Inter-American Development Bank (IDB) operations in Jamaica, at its country offices, in Kingston last Thursday.

The minister informed that the undertaking will be facilitated under the Government’s revamped Credit Enhancement Facility (CEF).

The CEF, which is financed by the IDB, was established in 2009 to increase access to credit for MSMEs that lacked adequate collateral to secure loans.

Through the facility, the DBJ provides partial guarantees to affiliated Approved Financial Institutions (AFIs) to cover up to 90 per cent of the sum on individual MSME loans not exceeding $49.3 million, for up to 10 years.

Clarke noted that “an enhanced and repackaged” CEF was launched two weeks ago, with technical support from the IDB to provide greater support for MSMEs.

“With the IDB’s advice, we have been able to revamp that programme entirely and use a portfolio approach for insurance purposes, where the first loss up to a level that is way beyond the historical bad debt ratios of commercial institutions, the DBJ guarantees, and with the portfolio approach, we have been able to increase the potential size of the facility by nine times,” he said.

Clarke pointed out that since the establishment of the CEF 10 years ago, a total of $5 billion has been on-lent to MSMEs through financial institutions. 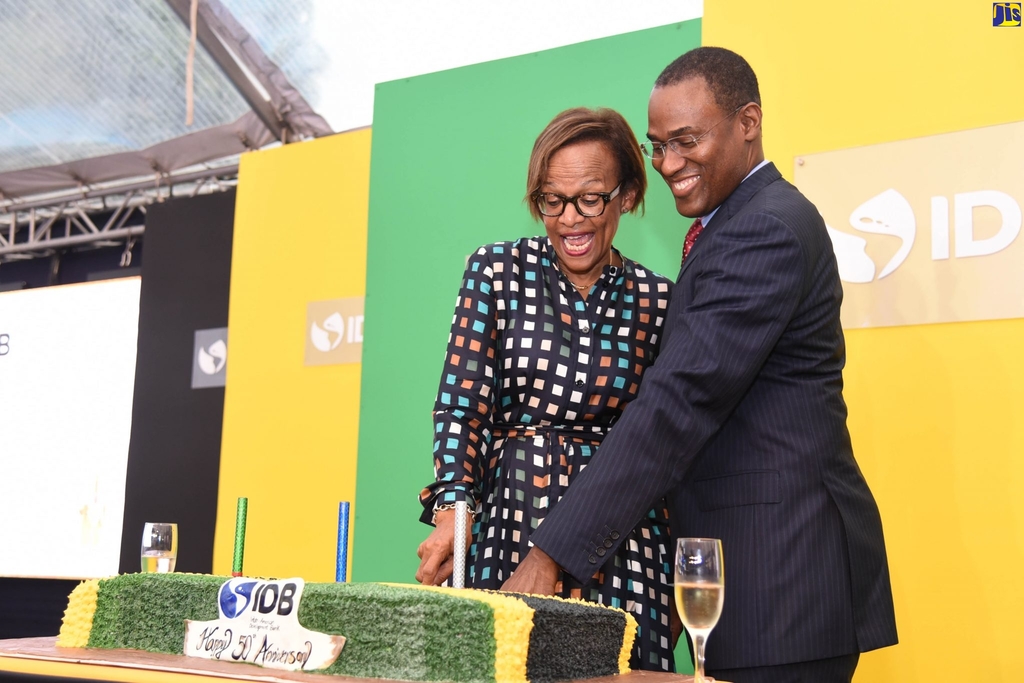 Minister of Finance and the Public Service, Dr Nigel Clarke and the Inter-American Development Bank (IDB) Country Representative in Jamaica, Therese Turner-Jones, cut a cake in celebration of the 50th anniversary of the IDB’s operations in Jamaica, during a ceremony at its Montrose Road offices, in Kingston, on Thursday. (Photo: JIS)

In the meantime, the minister praised the IDB for assisting the country over the last 50 years in making great strides in its development.

He noted that the IDB, which has aided the country through investment and budget support loans, grants, as well as technical assistance, has been associated with many innovations in Jamaica, such as the new Global Services Skills Project it is financing.

“The IDB has also been associated with critical programmes that form the backbone of social support in Jamaica. Our flagship social security programme – PATH (Programme of Advancement Through Health and Education) was founded with technical support and funding from the IDB,” Clarke said.

He noted as well, that several public institutions were established through the provision of financial and technical support from the IDB. These include the Financial Services Commission (FSC), the National Solid Waste Management Authority (NSWMA), Office of Utilities Regulation (OUR), Rural Agricultural Development Authority (RADA), and the regional health authorities.

He added that the IDB was also behind the establishment of the first Credit Bureau in Jamaica.

For her part, IDB’s Country Representative in Jamaica, Therese Turner-Jones, noted that over the last 50 years, “remarkable progress has been taking place in Jamaica.”

“The future holds a lot of potential for this country. The IDB and all the international partners are really here because we care about this country. We know there are opportunities,” she said.

Meanwhile, the IDB donated $500,000 to the Combined Disabilities Association to assist with the medical needs of some of its members.

The launch also featured a digital display of small and medium enterprises that have benefitted from IDB partnerships over the years. The companies, which included Blue Dot, Herboo International, Lumi Tech International and Appfinity Technologies, showcased digital and cutting-edge innovations in several areas aimed at promoting resilience, productivity efficiency and cost savings

Headquartered in Washington DC, the IDB, which was established in 1959, is a leading source of long-term financing for economic, social and institutional development in Latin America and the Caribbean.

The IDB also conducts cutting-edge research and provides policy advice, technical assistance and training to public and private sector clients throughout the region.