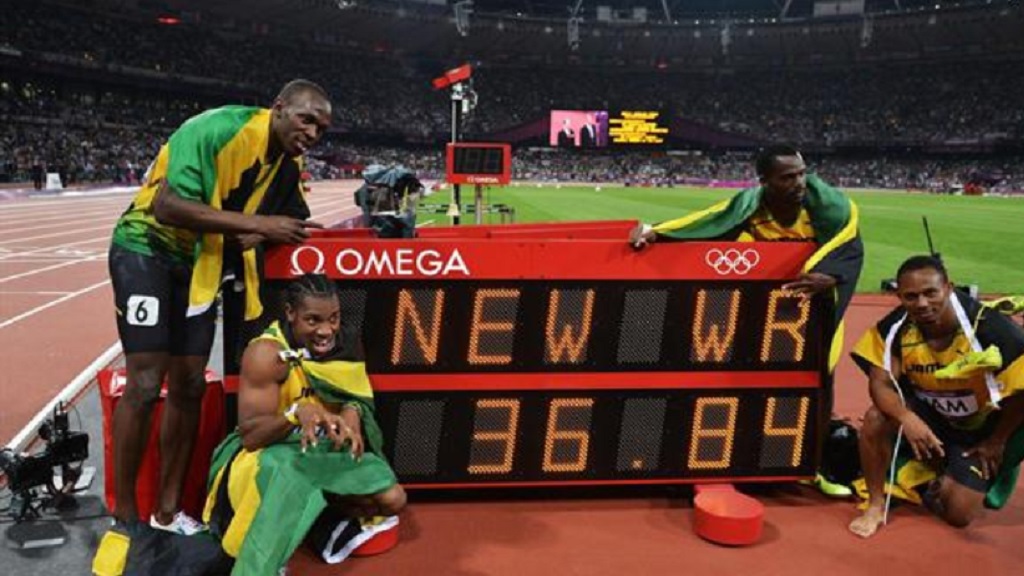 On this day in 2012, August 11, the Jamaican quartet of sprint king Usain Bolt, the youngest World champion at 100 metres, Yohan Blake, Nesta Carter and Michael Frater stunned the track and field world in a flawless display of breathtaking speed and baton changes to set the world record of 36.84 seconds in the 4x100 metre relay inside London’s Olympic stadium.

The Jamaicans in their black, green and gold outfits had the 80-thousand crowd rocking as they burned up the track in a display that saw, for the first time, a team dipping below the 37 second barrier.

Jamaicans back home and around the globe were beside themselves with excitement as in that moment, Jamaica had the world at its feet.

A strong United States team of Trell Kimmons, Justin Gatlin, Tyson Gay and Ryan Bailey had to settle for the silver medal and they did that in a rather fast time of 37.04 to equal the old record set by the same Jamaican quartet at the World Championship in Daegu the previous year.

The world record run capped an outstanding Olympics for Bolt, who finished with a perfect three from three having previously won the 100 and 200 metres. He had repeated his wins from the 2008 Beijing Games although he would later lose the relay medal he won in Beijing as Carter was found to have used a prohibited substance several years later.

Blake also left London with three medals. He was the double silver medallist as he trailed Bolt in both 100 and 200 metres.