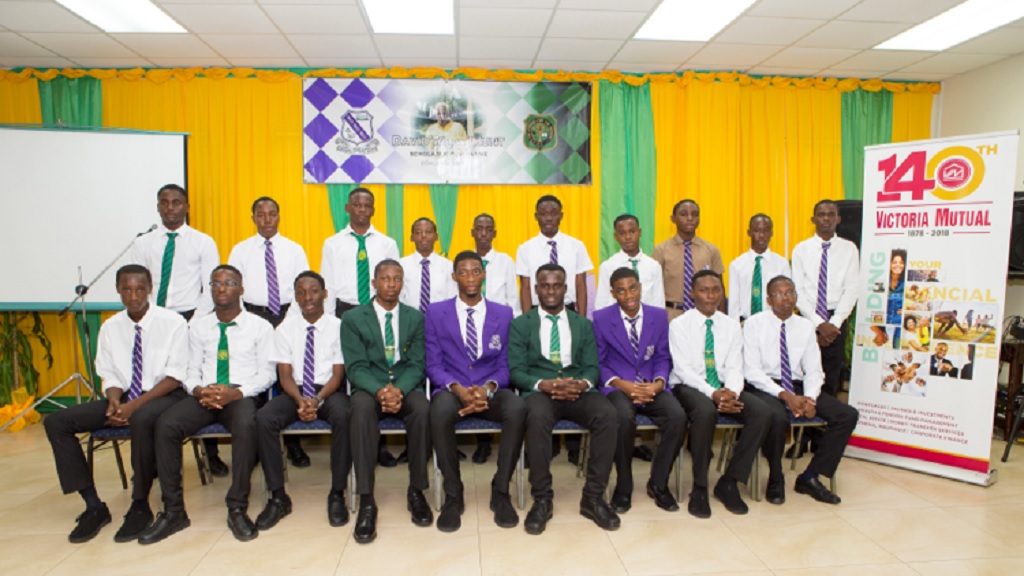 The 19 recipients of the David 'Wagga' Hunt Scholarship Foundation, from Kingston College (KC) and Calabar High, at the 11th annual awards ceremony at the Institute of Chartered Accountants of Jamaica auditorium in Kingston.

The David 'Wagga' Hunt Scholarship Foundation has awarded $1.9 million in scholarships to 19 students of Kingston College (KC) and Calabar High.

The 19 students were each presented with $100,000 for the 2019-2020 school year during the 11th annual awards ceremony recently in the auditorium of the Institute of Chartered Accountants of Jamaica (ICAJ), Kingston.

Scholarship funds are raised each year by foundation activities such as the annual Red Carpet Ball held in Washington, DC, and the annual Football Classic held in Jamaica to commemorate the memory of David "Wagga" Hunt.

The foundation also relies on donations from corporate entities and individuals. Christopher Hunt, who is based in Washington, DC, and Arnold ‘Dullo’ McDonald, who is based in Jamaica, are co-chairs of the organising committee.

Scholarship disbursement begins in grade eight and runs through to grade 13 for a total of $600,000. It covers the cost of school fees, books, lunch, and related expenses.

The selection of scholarship winners is based on financial need, academic performance, participation in sport or extracurricular activity, deportment and discipline. These criteria must be maintained throughout the life of the scholarship.

To date, 29 scholarships have been awarded and over $12 million disbursed, inclusive of this year’s allocation.

Paulette Rhoden, who was officially appointed as the new patron of the David “Wagga” Hunt Scholarship Foundation in 2019 was presented with a plaque.

In her response, she told the awardees to be mindful of the privilege afforded them as a scholarship recipient and encouraged them to work hard to achieve their goals.

Geovani Thomas, scholarship recipient of Calabar and co-captain of the Manning Cup team responded on behalf of the present awardees. He thanked the foundation for its “consistent support” and pledged on behalf of his “brothers” to pursue excellence.

“The scholarship has provided much more than financial needs,” he added. “It allows us to form a bond that demonstrates family, and as such we (the recipients) are able to have father figures who guide us like their own children and they are also there for us as role models and motivators.”