Skip to main content
Breaking News |
MOHW to launch Community COVID Conversation Programme
Over 180 arrested by cops in major clampdown
Shearer, Bolt, Campbell-Brown to be honoured by Gov’t
TS Epsilon expected to be at or near hurricane strength by Wednesday
How Dayton Campbell’s political house came crumbling down in NW St Ann
Poll: Are you swapping cash for credit to weather COVID-19?
Golding promises $15m trust fund for PNP workers if elected leader
CNN analyst Toobin on leave after exposing penis during ZOOM meeting
St Ann man charged with murder after reportedly confessing to killing
WATCH: 300 warned for breaches during holiday weekend operation 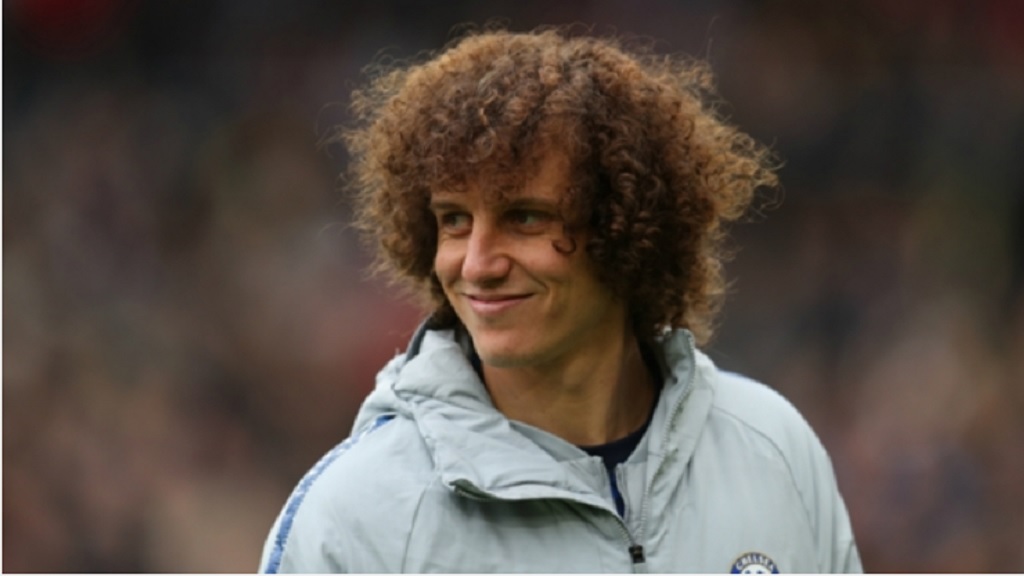 The Brazil defender helped the Blues to reach an all-London showpiece against Arsenal with a penalty shoot-out win over Eintracht Frankfurt on Thursday, and he has been rewarded with fresh terms.

David Luiz's contract was due to expire at the end of the season but his second spell at the club will now be extended to the end of 2020-21.

Having fallen out of favour under Antonio Conte last season, David Luiz has again become a regular since Maurizio Sarri's appointment as head coach, starting 35 Premier League games this term.

"I am so happy to be here and to have this opportunity to stay. I love this club and I still have the ambition of a young player," the 32-year-old said to Chelsea's official website.

"It means a lot to reach another European final, and we still have the opportunity to finish in the top three of the Premier League this season and I will continue to try to do my best to help the team."

"We are delighted David Luiz will be staying with the club," Chelsea director Marina Granovskaia added.

"He has set the perfect example to those around him throughout the campaign and been a huge influence on and off the pitch.

"With the Europa League final still to come, we hope to finish off the season with silverware and David will be central to that success in Baku and beyond."

David Luiz has made a total of 246 appearances, scoring 18 goals, across his two spells with the club.

He was part of the Chelsea side that won the Premier League title under Conte's leadership in 2016-17, while he lifted the 2011-2012 Champions League in his first term at Stamford Bridge.

He has also won two FA Cup titles with Chelsea, who have guaranteed their return to the Champions League by confirming a top-four finish in the Premier League this season.

David Luiz was far from certain to agree a new deal with Chelsea, but the club's transfer ban has seemingly encouraged them to keep him at the club.

Chelsea have announced they will appeal against this week's decision by FIFA to block them from registering new players for the next two transfer windows, the club taking the case to the Court of Arbitration for Sport.

It's only pain! Klopp hopes Liverpool trio can return