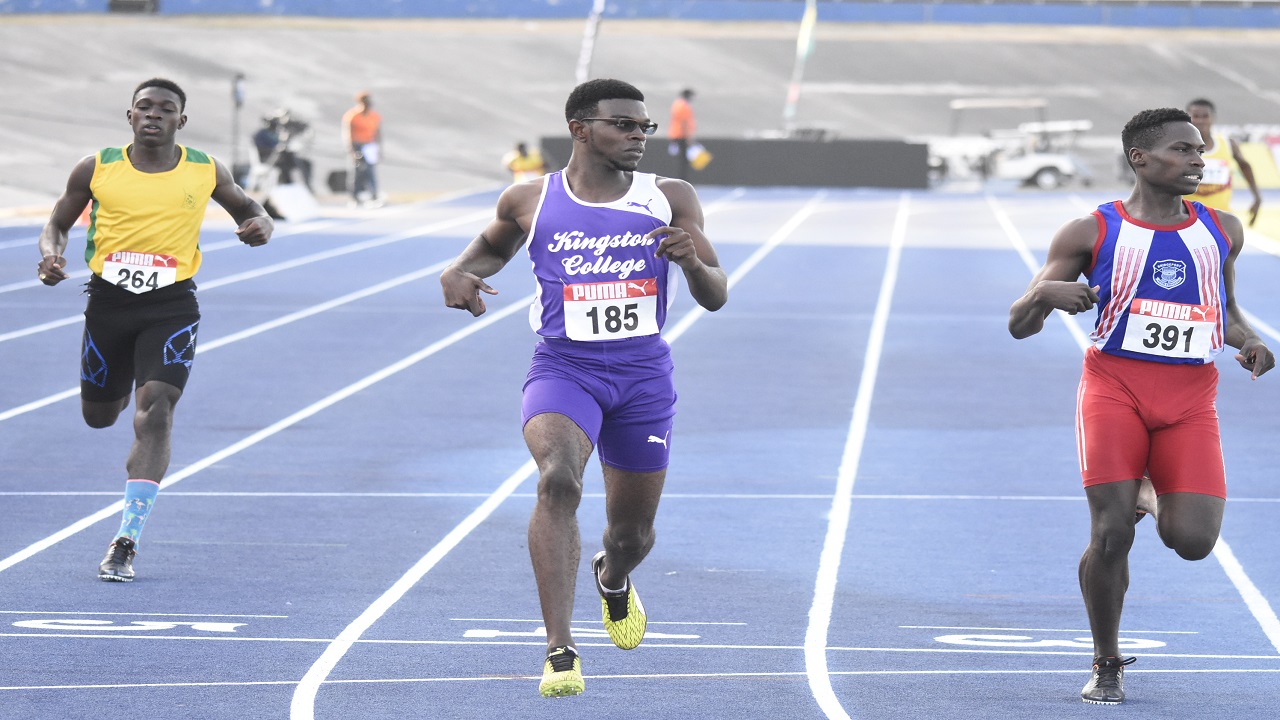 Kingston College's Dashawn Morris has the fastest qualifying time going into the Boys' Under-20 final at the four-day JAAA/SVL National Junior and Senior Championships, at the National Stadium.

Morris, the fastest junior athlete in the world this year with 45.09 seconds, easily won Heat 1 of the semi-finals on Friday's second day of action to qualify for Sunday's final. Morrison cruised home ahead of Malik Smith, who clocked 47.15 seconds, leaving Antonio Watson (47.90) to wait anxiously before he  was confirmed as one of the two fastest losers.

Shemar Chambers was also easily through to the final, winning the second semi-final heat in 47.15 seconds ahead of his Calabar High teammate Malik James-King (47.95) and Davitto Davey who qualified as one of the fastest losers with his time of 48.68s.

Calabar High's Antony Carpenter and the University of Florida’s Chantz Sawyers are also safely through to the final.

Carpenter clocked an effortless 47.36 seconds to beat Sawyers (47.77) in the third and final heat.

However, it was Sawyers who looked more in control, looking over his shoulder as he ran beside Carpenter and then deliberately backing off, apparently saving his best for the finals.