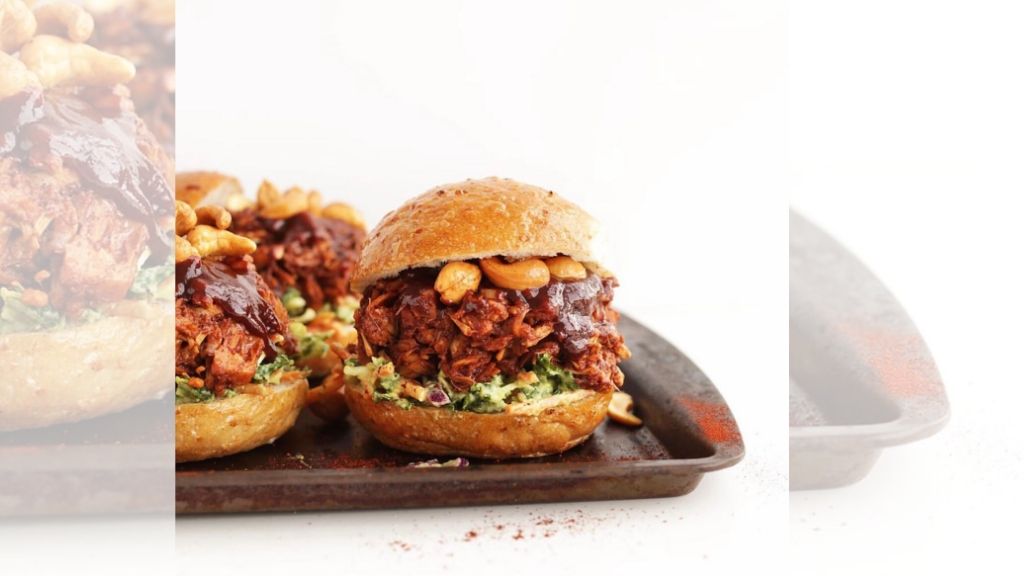 Ever had a BBQ Jackfruit vegan burger? Check out this one from The Plantry. (Photos: via Instagram/@the.plantry)

Kingston Night Market is a cultural hotbed of talent and raw creativity furnished by so many Jamaican artisans.

Danielle Terrelonge is one such creative, a quirky and eccentric force of nature.

The self-described plant-focused pioneer went hardcore vegan around 2011 to combat personal medical issues and has not looked back since. 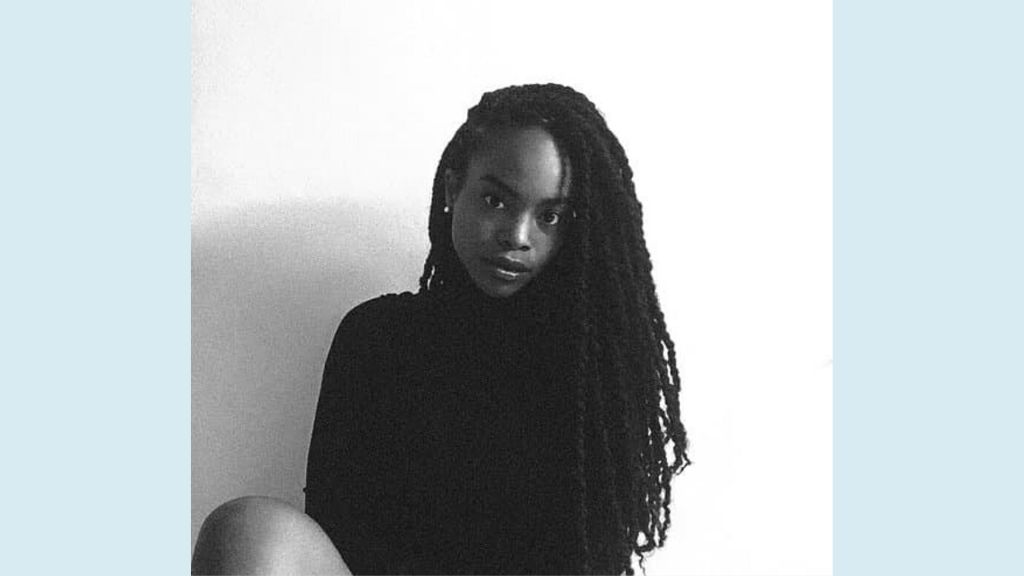 WATCH AS I UNBOXED MY FIRST LUNCH ORDER FROM THE PLANTRY

The Plantry however is her eight-month-old, and athough she’s been catering small events and hosting dinner parties for years, Terrelonge was not prepared for the response she’s received since establishing her plant-based biz.

“I always knew I wanted to do something with food,” she said in an interview with Loop Lifestyle, but her parents opposed and insisted she worked in corporate instead.

“You not going to South Beach guh sell burger,” they’d argue, which was met by Terrelonge’s casual suggestive eye-roll.

Little did her parents know, she’d move back to Jamaica and take the first step of her local foodie journey selling vegan “lollies” at Kingston Night Market (KNM).

Not quite South Beach, but, no weh nuh betta dan yaad.

CLICK TO SEE ALL THE VEGAN OPTIONS FROM THE PLANTRY

In a matter of months and mulling over ideas, Terrelonge decided on the concept for the brand. But the ideas were just that, ideas, until she partnered with fellow foodie Peta-Gay Chang, and, after a brainstorm session, the two started The Plantry.

In less than seven months, 44 of 48 boxes of vegan desserts – pumpkin-spiced loaf, and brookies made from avocado and chocolate fudge atop cranberry pistachio cookie, vegan truffles, and avocado cake with an avocado cream custard – sold in one sitting at KNM, and Terrelonge knew there was a demand for her plant-based creations.

Since January, she’s gone at it alone, done some rebranding, and is now allowing her creativity and whimsical-meets-Bohemian energy to shine through.

Her mandate is creating “funky, new, crazy good food” for foodies and Terrelonge was totally inspired by the idea of “sneaking veggies into the everyday meal”.

The Plantry started with desserts as it was “the easiest thing to do”. She then started with plant mylk, condiments, and has now added plant-based lunches and ice creams and lollies.

“I am truly grateful for everyone who supports the brand,” she told Loop Lifestyle.

The businesswoman who “likes to say ‘Yes’ and figure it out later”, fronts two small businesses with “much more to come”.

In fact, one of the biggest misconceptions for customers is that there’s an entire team behind The Plantry and Hmgrwn (the vegan skincare line).

Terrelonge is here to tell them “no, it’s all me”. It’s a one-woman show. From branding to marketing to the finances, delivery services, social media outlays, and of course the veggie fare we love so much.

The goal has always been for The Plantry to be the Caribbean “go-to” for vegan foods, and to have the brand everywhere.

“I want people to try things that aren’t competing with what’s already out there.”

From Thai food to South East Asian, a Latin-American mix and this week’s classic American comfort food, the options are limitless and typically fashioned off traditional non-vegan meals.

Hinting at her quirky nature, Terrelonge reminded Loop Lifestyle that every week the lunch offering will be different, essentially “something that I love and something that people will love”.

Plus, she’s also collaborated with deals and promotions providers Gustazos Jamaica and Guhdeh Errand Runners to take her plant-based meals to a wider audience.

Last Thursday and Friday’s nopales cactus-infused menu was quite popular as Terrelonge received her largest order yet over the course of two days.

Over 60 orders for cactus-based lunches, who would have thunk it? Not bad for the home-based operation Terrelonge manages.

She’s since decided to launch a subscription for her homemade ice cream. These have been the rave on social media and for many of her fans.

Personally, I’ve been waitlisted for weeks since I tried ordering the plantain ice-cream that “…people have been going bananas over.”

There is also a caramelised-onion flavour, and Thai mango and Vanilla bean flavours.

More importantly, nothing goes to waste in Terrelonge’s kitchen. In particular, the jackfruit seeds from her Jackfruit burgers will be used to add a twist to Jamaican classics this Friday.

Fingers crossed, with the approval of her friends from a round-table taste test, Friday’s menu will be posted on all The Plantry mediums tomorrow.

Your best bet is to turn on post notifications because those orders are filled pretty quickly.