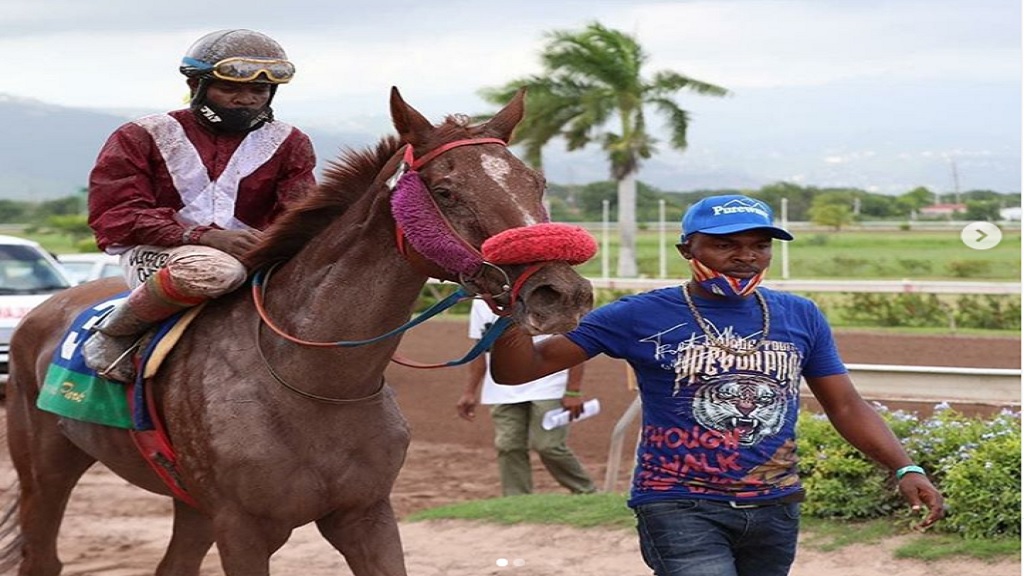 A file photo of Jockey Dane Nelson aboard Quora.

Thomas logged victories in the third and fourth races, astride SMOKEY TOPAZ and SECRET TRAVELLER, respectively, to stretch his lead to 17 but Nelson exploded thereafter.

Nelson responded by landing the fifth event with 5-2 shot GENERAL MUBARAK, producing the six-year-old gelding with a rail run in the six-furlong  Clifford Stewart Memorial, leading past LADY CARMEN and CAT'S RIGGER a furlong out.

Aboard TRULY AMAZING in the sixth, Nelson allowed the speedster to recover from a bad stumble at the start of the five-furlong straight event to outsprint rivals.

The 2012-14 champion jockey afterwards produced  Anthony Nunes' two-year-old debutant, SANTORINI, to collar long-time leader, JAHSENDBLESSINGS, a half-furlong out, going five and a half, for the Rhoel Rhoden Memorial.

Nelson closed his four-timer and a two-timer for Spencer Chung with CHIEF OF STATE at four furlongs straight, going all the way in the eighth as the 4-5 favourite.

Racing continues on Friday, a meet originally slated for Monday's Heroes Day, but rescheduled due to the 3 pm COVID-19 holiday curfew.