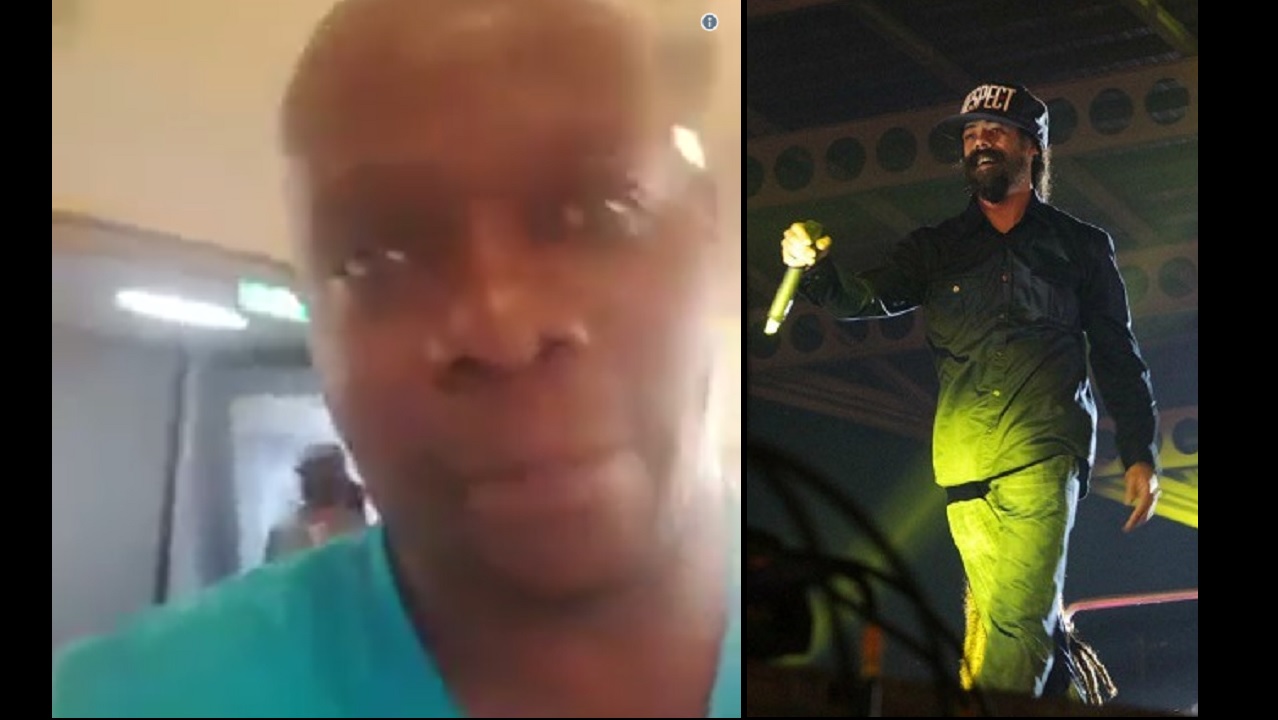 At left is a screenshot of the video Chiko Lawi (foreground) shared on social media. Damian Marley, who is pictured right, is partially visible in the shot.

A Kenyan journalist went on an expletive-laden tirade against Damian Marley on Monday after the reggae singer refused his request to take a selfie with him.

Marley had just arrived at the Jomo Kenyatta International Airport in Nairobi for a performance, and was making his way through the terminus, when journalist Chiko Lawi of Capital FM approached him with the request.

After being turned down, Lawi hurled expletive-laded insults at Marley, while videotaping the ordeal.

Clearly angered, Marley demanded that Lawi stop videotaping him, but the journalist refused and continued to shout insults at the singer, whose handlers had by this time formed a human shield around him.

The behaviour of Lawi, who uploaded the video of the incident to social media, has been widely condemned in Kenya.

Marley is set to perform in the African country on Wednesday as part of a world tour.