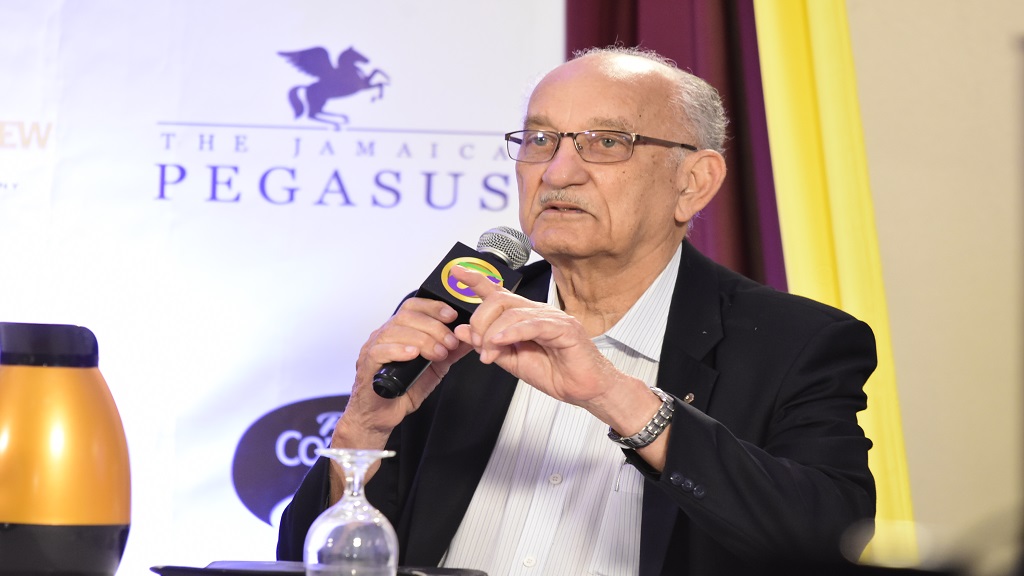 Mike Fennell, Chairman of the Selection Committee for the RJRGleaner Sports Foundation National Sportsman and Sportswoman of the Year Awards.

The 12 nominees, eight females and four males, were announced by Mike Fennell, Chairman of the Selection Committee, at a media launch at the Jamaica Pegasus Hotel on Wednesday.

Track and field athletes Ronald Levy and O’Dayne Richards along with squash player Christopher Binnie were the other male nominees.

Dacres had one of his best years in 2018 where he had a trio of major wins.

The 24-year-old won the discus gold medal at the Commonwealth Games in Australia in a Games Record 68.20 metres. He followed up that victory by beating the world at the IAAF Continental Cup in the Czech Republic with a throw of 67.97 metres and took the discus diamond in the prestigious Diamond League Final in Brussell, Belgium with 68.67 metres. Dacres won three of his four Diamond League meets in 2018 prior to the Final. He had the second-best throw of 2018, a Jamaican Record 69.67 metres set at the Diamond League meeting in Stockholm, Sweden.

Atkinson, who was named Sportswoman of the Year in 2017,  had another sensational year in the pool in 2018.

The winners will be announced at the Sportsman and Sportswoman of the Year awards function on Friday, January 18, 2019.

Fennell pointed out that the committee will be meeting to consider adding two more names to the list of nominees within a week.

Atkinson is also among five nominees for the People’s Choice “Performance of the Year,” with her new 50-metre breaststroke world short course record swim of 28.56 seconds, at the FINA Swimming World Cup meet in Budapest, Hungary on October 6.

The other nominees are the Reggae Girlz, who on October 17 created history in the United States by becoming the first Caribbean team to reach the FIFA Women’s World Cup; Andre Russell for his catch for the Jamaica Tallawahs against the Trinbago Knight Riders in their Caribbean Premier League match at the Queen’s Park Oval on August 10; 16-year-old Briana Williams for her victory in the 100-metre final at the IAAF Under-20 World Championships in Tampere, Finland and Nico Yeyo, for his savage assault on Myron Zeferino which gained him a stunning technical knockout victory in the first 21 seconds of their Wray and Nephew Contender welterweight bout.