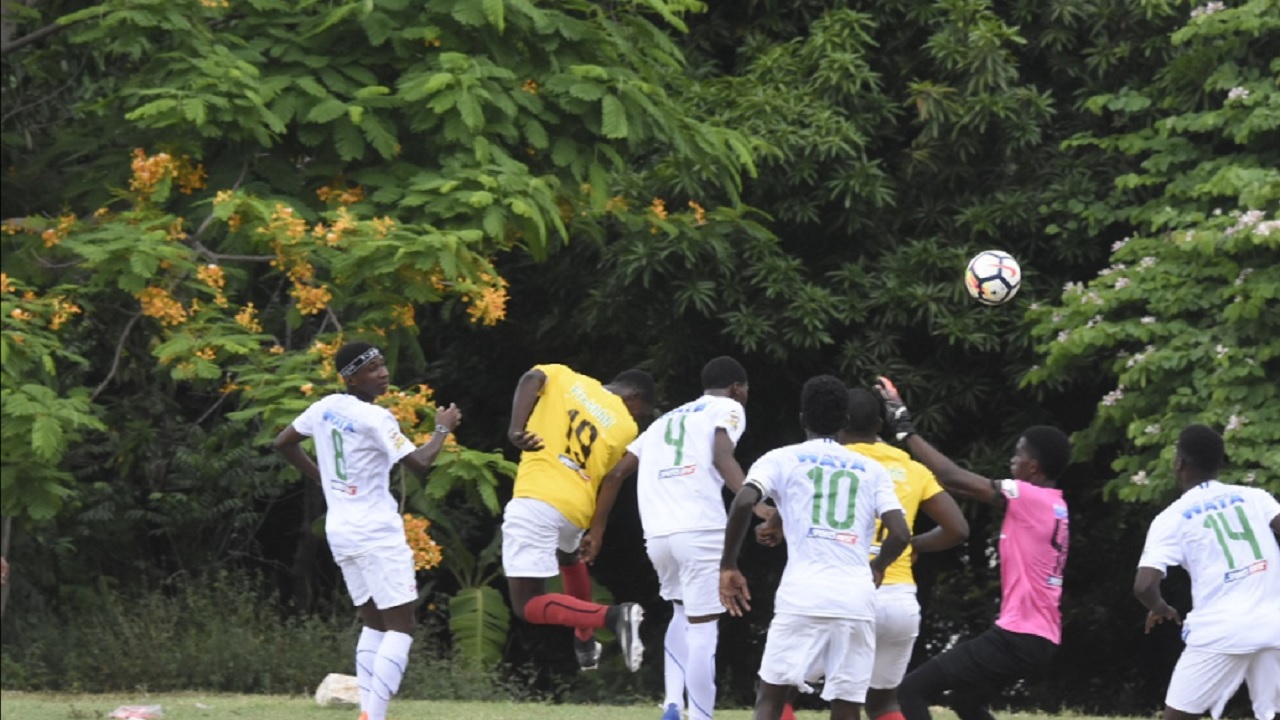 Tajay Green scored a hat-trick as STETHS outclassed newcomers Sydney Pagon 11-0 at St Elizabeth Technical Sports Complex in Santa Cruz to move into the lead in Group E courtesy of goal difference. Both teams were playing their first game this season.

Maggotty High are also on three points, but second in the zone, following a 1-0 victory over Lacovia.

Frome Technical opened their campaign with a 5-1 victory over Cambridge at Frome Sports Complex to move into the lead in Group B with three points. Rusea's High, which defeated Green Island 4-0 on Saturday's opening day of the seasos, and Hopewell Hifgh are also on three points but are second and third in the zone. Hopewell scored an away 1-0 victory against Merlene Ottey High on Monday.

It will be the first match for Clarendon College, with Edwin Allen hoping to avoid a second defeat, after going down 1-0 to Lennon on Saturday. Lennon will also be in action,as they will travel to Crofts Hill Community Centre to meet Kellits.

TUESDAY'S SCHEDULE (All games begin at 3:30 pm and home teams are named first)