DACOSTA CUP: Dinthill beat Ewarton 4-2 to advance to second round 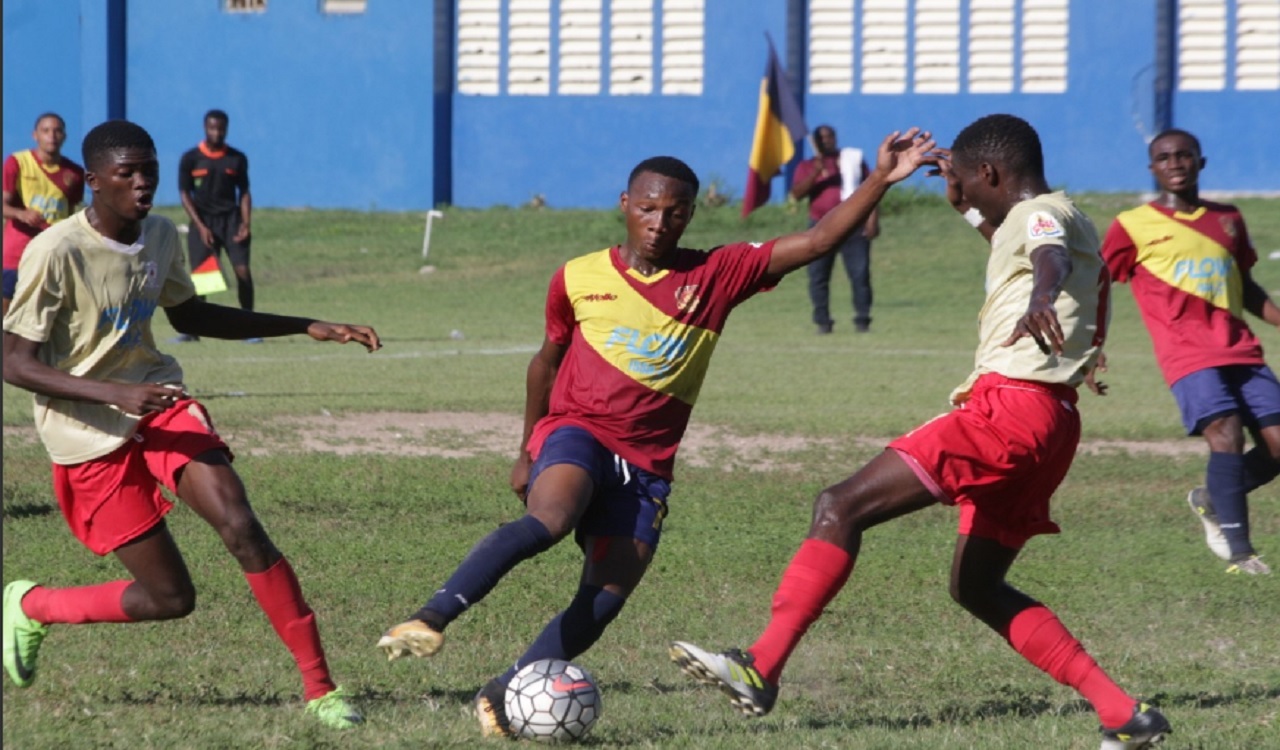 Dinthill Technical scored a 4-2 return leg home victory over Ewarton High on Wednesday to become the second team to qualify for the second round of the 2017 ISSA/FLOW daCosta Cup competition.

Glenmuir High was the first team to qualify for the second round.

The win allowed Dinthill to open a 10-point lead atop Group K, which means that they are guaranteed a top two finish. The top two teams in each of the 15 groups and the two best third place teams will advance to the second round.

The win also stretched the perfect win record of Dinthill to seven straight victories as they moved to 21 points, with Bog Walk High in second place on 11, while Ewarton High remained in third on nine points.

Meanwhile, the perfect win record of St Mary Technical came to an end as they lost 2-1 at Brimmervale High, a team that they blanked 2-0 when they met on September 12.

Despite the defeat, St Mary Technical remained atop Group J with their 15 points, five ahead of second place St Mary's High, who defeated Carron Hall 2-0, with Brimmervale in third place on seven.

Both teams moved to 15 points from six games, but St James High have a goal difference of 15 compared to Cornwall College's 10.

A number of matches on the day were rained out.