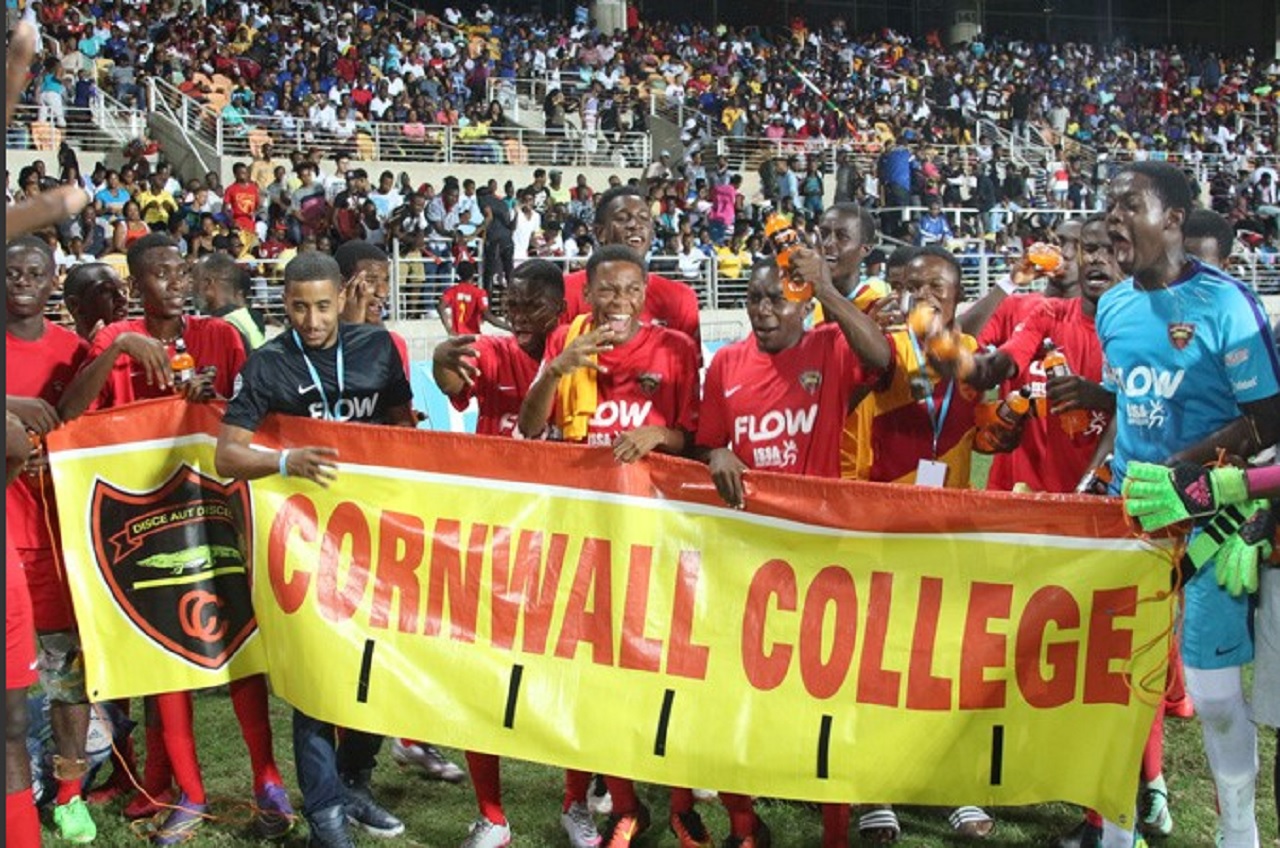 Defending champions Cornwall College were among eight schools who secured a second straight victory on Wednesday in the 2017 ISSA/FLOW daCosta Cup football competition.

Cornwall College followed up their 4-1 victory in their opening Zone A fixture against Green Pond on Saturday with a 3-0 victory at Irwin High on Wednesday.

St James whipped Maldon 5-0 to surge atop the early points standing by virtue of goal difference over Cornwall College. Both teams are on maximum six points, two ahead of third place Anchovy High who were held to a goalless draw at Green Pond High.

Rusea's High scored an away 2-0 victory over Cambridge to move two points clear atop of Zone B, while STETHS are leading Zone E by three points after a 5-0 home win against B.B. Coke.

Mile Gully secured the day's biggest victory by hammering home team May Day High 11-1 to take over the lead in Zone F by virtue of goal difference. Manchester High slipped to second place after an away 2-1 victory over Belair High. Both teams are on six points, two ahead of Belair High.

Clarendon College won 2-0 at Thompson Town to move to maximum six points atop Zone H, three ahead of Edwin Allen, who also secured a 2-0 victory, this at Claude McKay; while Seafort High blanked St Thomas Technical 3-0 to remain atop of Zone O with maximum six points, two ahead of Paul Bogle.

The competition continues Thursday with 14 matches.