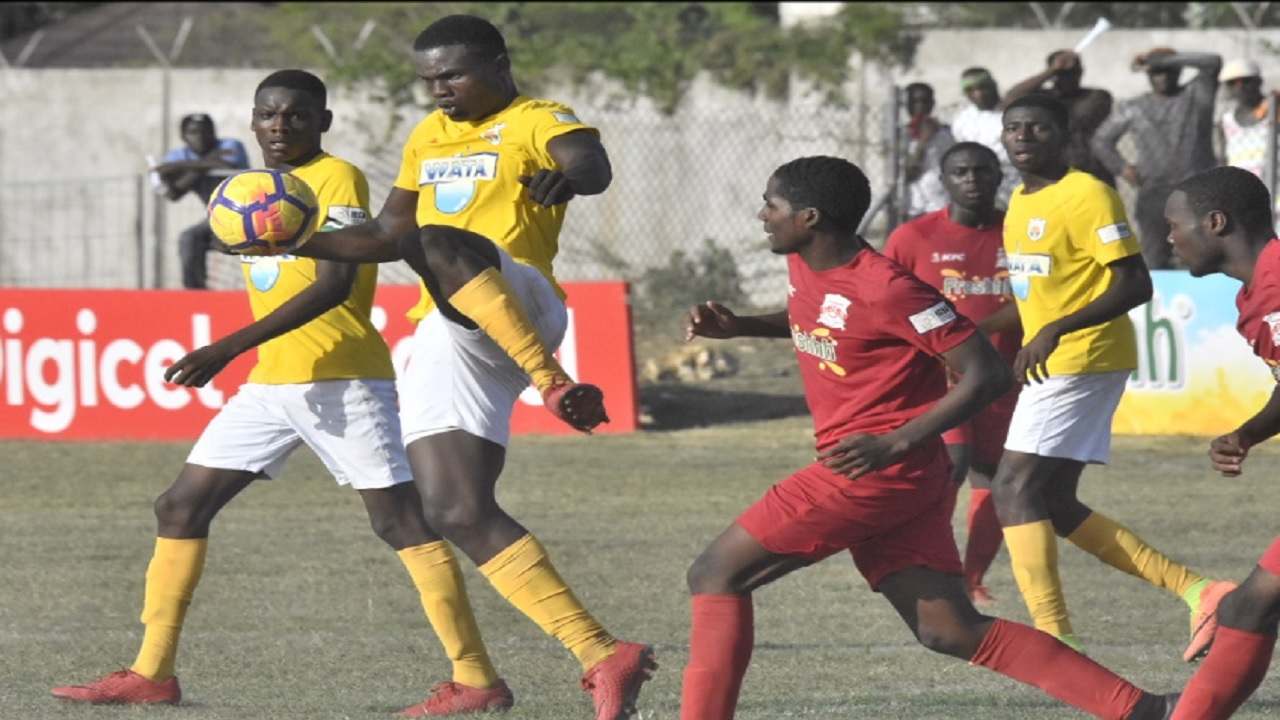 Christiana High can become the 19th school to qualify for the second round of the 2018 ISSA/Wata daCosta Cup football competition, which continues on Tuesday with two rescheduled matches.

A victory for Christiana High over the visiting Holmwood Technical will set up their qualification to the second round.

The teams will only play five minutes to complete their first round Zone G game, which was called off in the 85th minute on September 19 because of disturbance.

Christiana High were leading 1-0 when the game was called off and organisers, the Inter-Secondary Schools Sports Association (ISSA), ruled that the remaining five minutes should be played.

It will be the second showdown between the two teams in five days as Christiana High won 2-1 at Holmwood Technical in the return-leg game on Saturday.

The fate of Christiana High on the day is not in their own hands as they will have to depend on the outcome of the day's other match between Alston High and Knox College at the Sanguinetti Community Centre .

Christiana High will secure the first automatic qualifying spot from the zone with a victory over Holmwood Technical providing that Knox College, which are in fourth place on 14 points with two matches to go, fail to beat fifth-place Alston High, which have 12 points and two more games to go.

Meanwhile, Petersfield High and Frome Technical secured their spots in the second round following Tuesday's set of matches to bring the number of second round qualifiers to 18.

Leaders Petersfield High scored a 5-1 victory over Knockalva Technical in their Zone D match to move to 17 points with two more games to go, a three-point lead over second-place Little London High (14 points and a game to go). With third-place Manning's School on 10 points and two more matches to go, Petersfield are sure to secure one of the two automatic spots from the zone.