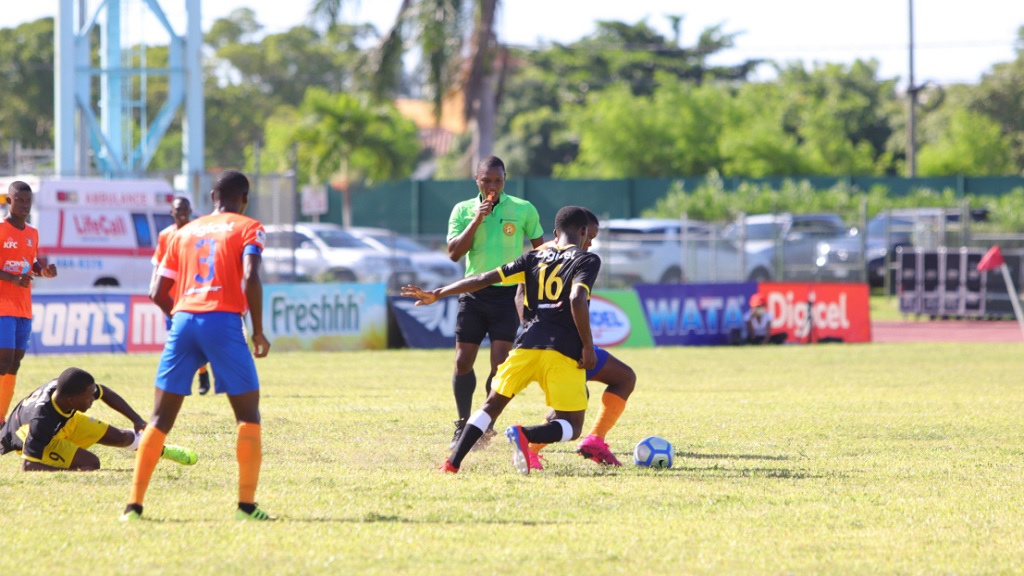 Clarendon College, the reigning daCosta Cup champions, were held to a 1-1 draw by Lennon High in the opening game of the 2019 ISSA schoolboy football season at the Montego Bay Sports Complex on Saturday.

Lennon High started the Group H match well by putting early pressure on the eight-time champion. However, the Clarendon-based school conceded an early goal through a penalty, which was easily converted by Richard King in the third minute.

It was the first points that Clarendon College had dropped in the daCosta Cup competition since last season.

Hyde described the opening day performance of Clarendon College as the "worst game I have seen the team played in a long while."

He further added that "I think it's the nerves and I hope this is the bad one and we won't see anymore like this and to make matters worse too many stoppages in the game.  Every minute a player went down, plus the water break. When you get a little rhythm a Lennon player went down, so that hampered us from playing."

Hyde, however, was pleased with the point, explaining that "we didn't perform up to expectations and I think we were a little lucky today."

Clarendon College will next be in action in the four-team group on Saturday, September 14 when they play away to Kellits High at the Crofts Hill Community Centre. On that day Lennon High will host Edwin Allen at Turner's Oval.