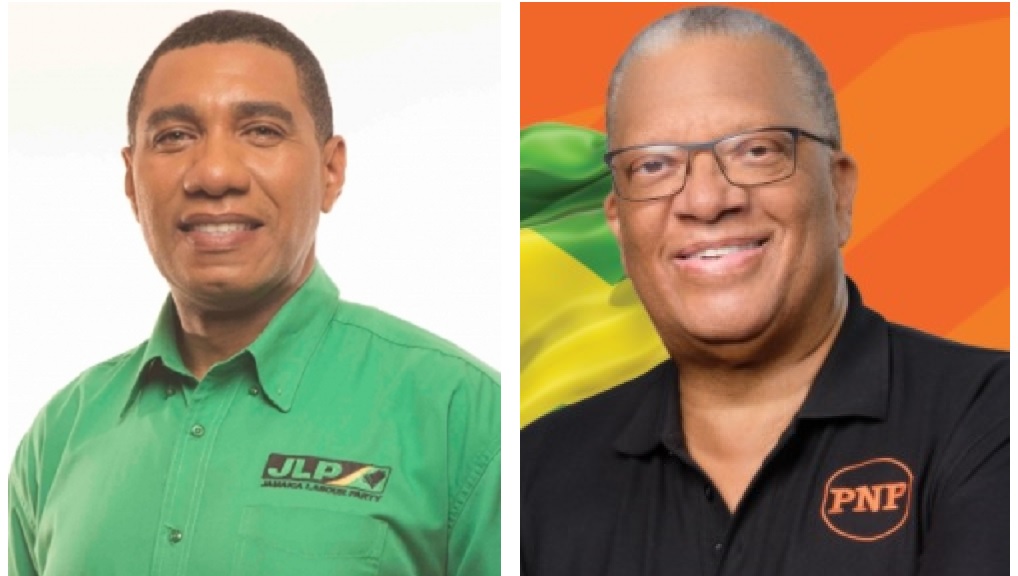 Today is D-Day as Jamaicans head to the polls to elect a new government in what is being described as perhaps the most consequential vote to take place in the country in 40 years.

The high stakes election which is taking place in the midst of the COVID-19 pandemic pits Jamaica Labour Party (JLP) leader Andrew Holness against People’s National Party (PNP) president Dr Peter Phillips. The final outcome will have far-reaching consequences as it will determine which of the two leaders will be entrusted with the job of managing the country’s affairs for the next five years, a significant portion of which will likely be spent rebuilding the economy which has been ravaged by the coronavirus.

More than 1.9 million electors are eligible to cast their ballots in what is the country’s 18th parliamentary election since the granting of universal adult suffrage in 1944. However, concerns relating to the surging number of COVID-19 cases in the country could prove to be the unknown variable in this election. As of Wednesday night, the number of confirmed cases of COVID-19 on the island stood at 2,822 with 27 deaths. This, coupled with increasing voter apathy over the last three general elections could result in a record low voter turnout. Rain is also in the forecast. The record for the lowest voter turnout so far is 47.7 per cent from the 2016 election which the JLP won by a single seat for control of the 63-member House of Representatives.

The 2016 polls saw a massive swing towards the JLP as it wrested 11 seats from the PNP before adding two more via by-elections to enter today’s contest with a five-seat majority which opinion polls suggest it will increase. While not dismissing the polls, the PNP is looking to pull off a major upset similar to the one to which it was subjected four-and-a-half years ago.

If the JLP wins, it would be the first time in more than 50 years that the party would have won two consecutive terms in contested elections since it was returned to office in 1967, having won in 1962. While it won a landslide in 1980, the JLP returned to power by acclamation in 1983 after the PNP boycotted the polls. For Phillips, he could create some unwelcome history for himself. If he loses he would become the first leader of his party not to win a contested general election.

Both the PNP and JLP used the recent political debates to make the point as to why they are better suited to run the country at this time. Holness and the JLP are running on what they have put forward as a 'long list of achievements' and, while acknowledging that the COVID-19 crisis has devastated the economy, have appealed to the electorate to place confidence in them to “build back stronger”.

Prior to the pandemic which has thrown thousands of Jamaicans out of work, the JLP boasted of record low unemployment with numbers not seen in 50 years. Holness has also highlighted major infrastructure works including roads, police stations and fire stations. He has boasted of constructing two-and-half times the number of houses in his term in government compared to what the PNP did during its term between 2012 and 2016. He has also boasted of presiding over the lowest poverty rate in the country in 12 years among other achievements.

Phillips and the PNP have countered by arguing that the government has mismanaged the COVID-19 crisis which it said has worsened the economic position of the most vulnerable Jamaicans. It has also given the government a failing grade on its management of crime, in particular murders, despite long-running states of emergency that were in place up to August 11 across six parishes and several police divisions. Phillips has also labelled the JLP government as the most corrupt in the country’s history.

Both parties will be hoping that their manifesto promises will move undecided voters to their camp.

Meanwhile, the Electoral Office of Jamaica (EOJ) said all is in place for today’s exercise.

Electors will cast their ballots in 6,984 polling stations across the island.

Polls are scheduled to open at 7am and will close at 5pm, after which the preliminary counting of ballots will take place inside the polling stations. The results could be known as early as 9pm.

Of note is that persons who are COVID-19 positive will be allowed to vote between 4pm and 5pm but they must adhere to strict protocols including the mandatory wearing of a disposable gown, mask and face shield. These electors can only take private transportation to the polling station.

Electors with COVID-19 to be allowed to vote - OPM