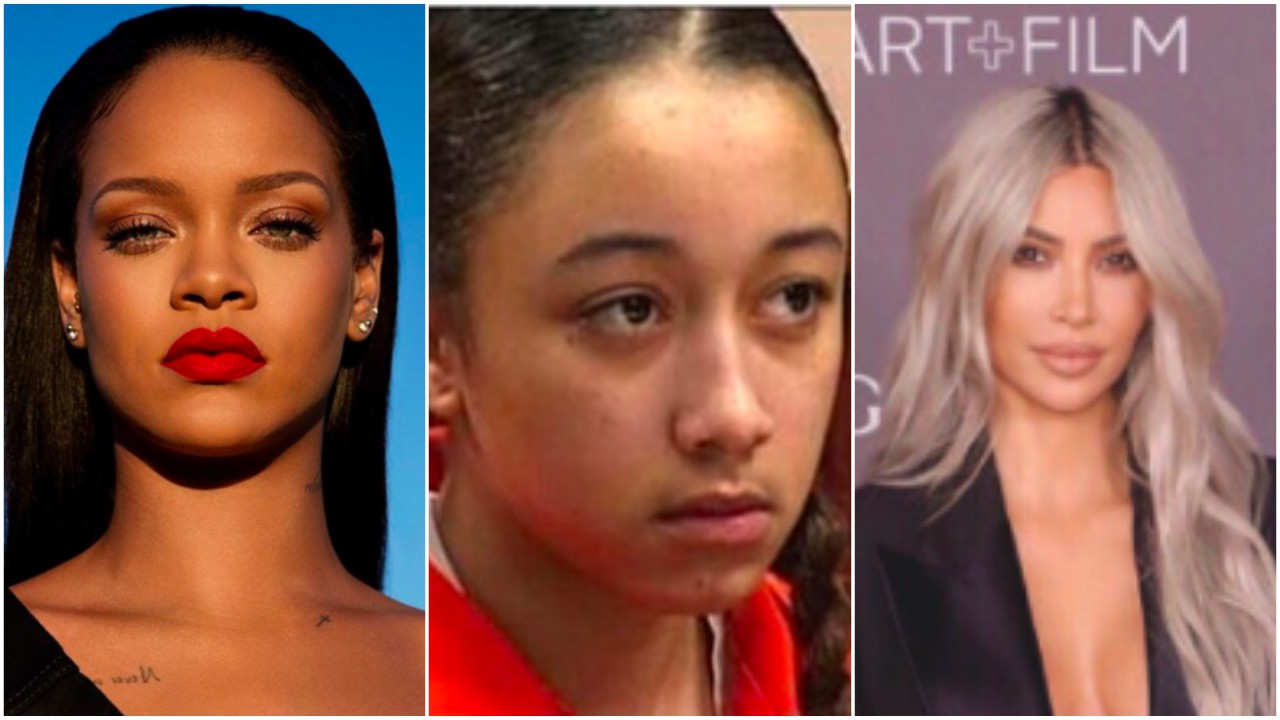 Both Rihanna and Kim Kardashian support the #FREECYNTOIABROWN movement.

According to the Internet, Cyntoia’s story is not new but it is not dying either. This is one matter which is not being allowed to be swept clean under the carpet as celebrities such as Barbados’ Grammy-award winning singer Rihanna and reality TV star Kim Kardashian West refuse to “drop the issue” and use their platforms to keep the spotlight on this case.

It is reported that at 16-years-old Cyntoia fought back with a 43-year-old child predator who allegedly tried to have intercourse with her, and she shot and killed him.

The victim of sex-trafficking and multiple rapes was tried and convicted as an adult and sentenced to life in prison. She will be eligible for parole at the age of 69.

First out the blocks earlier this week, on her Instagram, Rihanna called for justice for the young woman. With 58.2million followers, she was ready to expose and bring attention to the issue.

She posted Cyntoia’s photo and captioned it:

“Did we somehow change the definition of #JUSTICE along the way?? cause..... Something is horribly wrong when the system enables these rapists and the victim is thrown away for life! To each of you responsible for this child's sentence I hope to God you don't have children, because this could be your daughter being punished for punishing already! 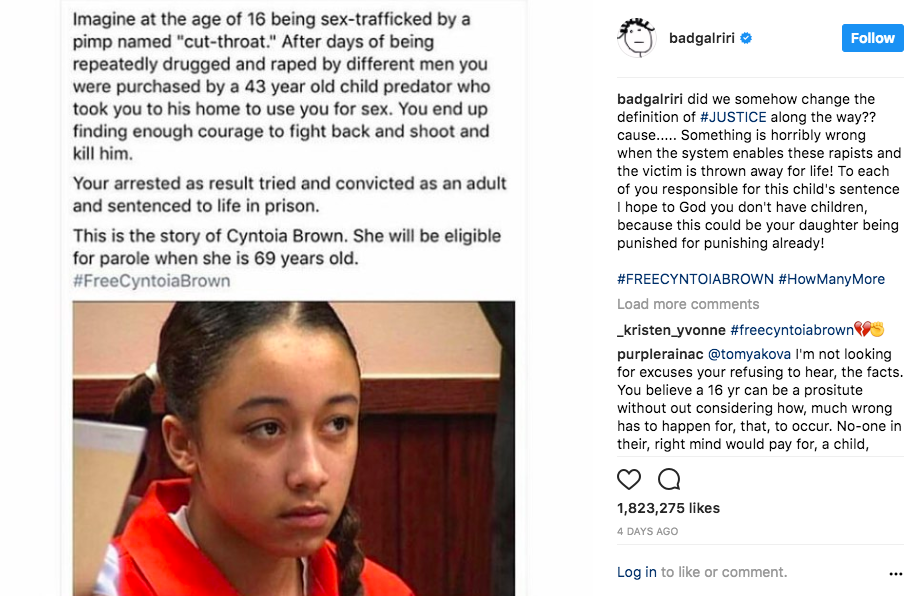 Meanwhile, Kim K is going a step further and acting her support. 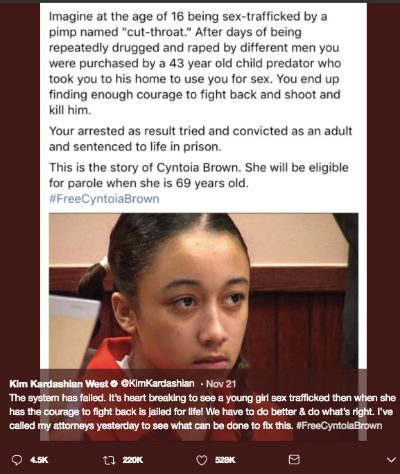 “The system has failed. It’s heart breaking to see a young girl sex trafficked then when she has the courage to fight back is jailed for life! We have to do better & do what’s right. I’ve called my attorneys yesterday to see what can be done to fix this. #FreeCyntoiaBrown”

Me Facing Life: Cyntoia's Story is a documentary film about Cyntoia Brown. This film, detailing her arrest and subsequent conviction was produced by Daniel H. Birman and it premiered on PBS's Independent Lens series on March 1, 2011.

Locked up for 13 years now in Tennesse, NBC News reported that her attorney is surprised by the sudden attention her client is getting, but they are both grateful.

"Cyntoia is shocked and surprised that so many celebrities have all of a sudden decided that they needed to speak out on this and she is very appreciative of their interest and their concern and their support," said attorney Charles Bone.

Since her sentencing, Brown has received her G.E.D. and an associate degree from Lipscomb University, which holds courses on site for women at the prison, Bone said.

Bone told NBC, he plans to submit an application to Gov. Bill Haslam to consider a commutation of Brown's sentence. He is also working to challenge the law that permits juveniles to be sentenced to a minimum of 51 years if tried in adult court, he said, and he hopes these efforts, plus renewed interest in her case, could finally lead to progress for Brown.

"We hope that one of these avenues or maybe all of them could happen in a way that would result in some success here," he said. "We're not giving up."

Rihanna was the first to bring back up Cyntoia’s case this week. Bone said she attributed the attention and inspiration to the fact that a segment on Brown aired by a Nashville television station, Fox 17 News, earlier in the week.