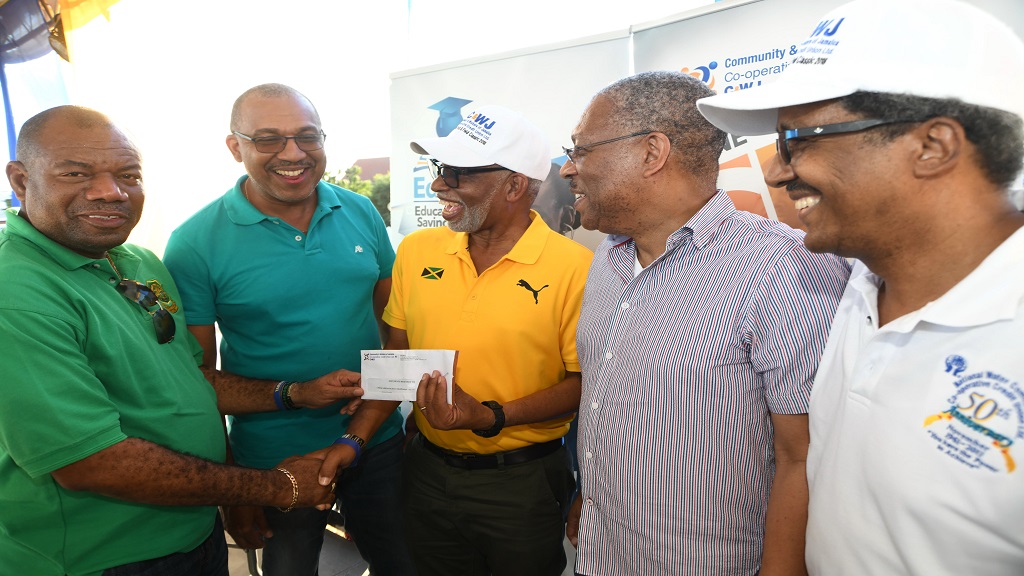 The Community & Workers of Jamaica Co-operative Credit Union (C&WJ) has announced its continued sponsorship support for the McKenley/Wint Track and Field Classic in 2021.

A letter of commitment of $1.5 million in sponsorship was presented to David  Miller, co-ordinator of the classic on Saturday by Carlton Barclay, CEO of C&WJ Credit Union, in the credit union's VIP lounge at the Calabar High School, Red Hills Road, Kingston.

This year marks the fourth time that the credit union has provided sponsorship of the sporting event, with a total contribution so far of $5 million.

Noting that sports was one way of assisting young people to build qualities that can help them to make meaningful contributions to their communities,  Barclay said the credit union’s involvement in the classic was in keeping with its corporate social responsibility towards the development of Jamaicans.

“Sport, and in particular the McKenley/Wint meet, gives young athletes an opportunity to develop their minds and bodies in a clean and healthy competitive atmosphere. It also serves to improve and build positive relations between athletes and schools and by so doing diminishes negative rivalry. Most importantly, however, it helps in creating the environment which fosters a balanced transition from adolescence to adulthood, “ Barclay noted.

He said his organisation has been involved in a number of other sporting events in keeping with its community development programme.

“As an established community credit union we have over the past five years partnered with the Social Development Commission in co-sponsoring cricket competitions in Clarendon, as well as what has been described as minor league football competitions also in Clarendon where we provided full gears to the participating football teams,” Barclay said.

He said the credit union sees the annual McKenley-Wint Track & Field Classic as an excellent opportunity for the credit union to deepen its relationship with the track and field community, Calabar High School and the Red Hills Road community by offering superior and tailored financial services, as well as counselling to the students, teachers and patrons of the event which has been growing immensely popular each year.