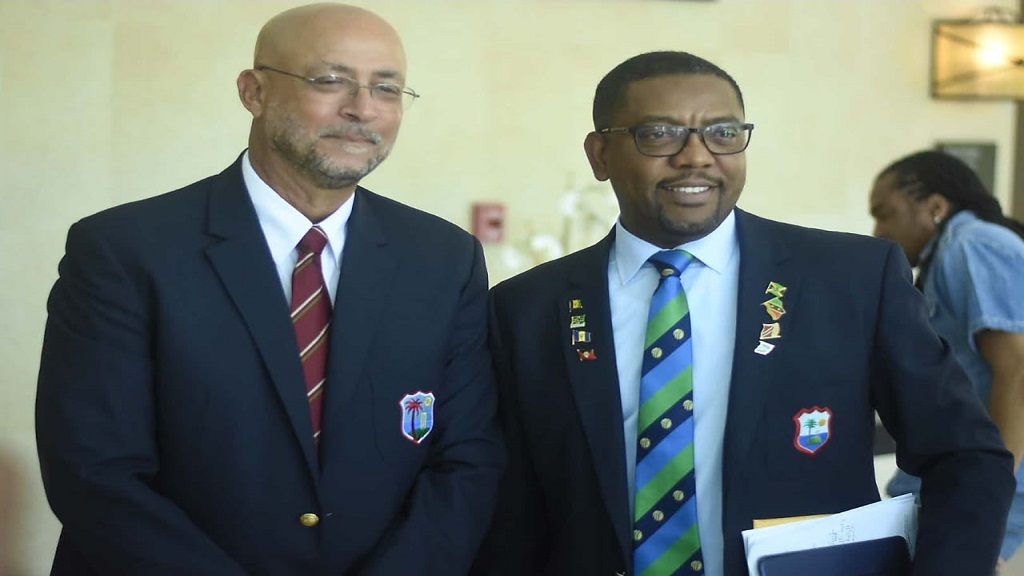 CWI Vice-President Dr. Kishore Shallow said the ultimate decision to nominate 49-year-old Cameron will come down to current President Ricky Skerritt and the board of Directors, who are set to meet this weekend at a non-voting annual general meeting, which will be conducted online.

Cameron has written to CWI seeking its nomination.  The Jamaican will need two nominations to stay in the race, which also includes England and Wales Cricket Board (ECB) chief Colin Grave, who is currently the front-runner for the top post.

The United States Cricket Hall of Fame had recommended Cameron for the ICC's top post.  However,  Dr. Shallow, who was speaking on a local radio station on Tuesday, said that if it was up to him, he would not recommend Cameron.

“I will have my reservations in the fact that just over a year ago, I challenged Dave Cameron’s leadership for what I believe is great reasons. I seriously have questions over his performance as a leader and based on those reasons, I will not be able to support him at this time.”

Cameron and CWI are currently having a strange relationship.

Skerritt - who in March 2019 had ended the controversial six-year reign of Cameron -  got into a public spat with the Jamaican following an audit conducted by external and independent auditors Pannell Kerr Foster (PKF) that was released in May.

The audit report singled out Cameron for criticism several times and as a result, he had threatened legal action against the regional governing body.

And just ahead of the CWI presidency in 2019, Skerritt, a former cabinet minister for St Kitts and Nevis, had stated that the "insensitivity and stubbornness" of Cameron had created a poor relationship with West Indies' players and coaches.

Barbadian Cricket Association President and CWI Director, Conde Riley, is hoping that Cameron will get the backing of CWI in a bid to become the second West Indian chairman of the ICC joining Sir Clyde Walcott.

“I certainly will support Dave. He has helped to professionalise West Indies cricket and he is a man that gets the job done. The Vice-President should know that these matters are not personal decisions, that decision will be a Cricket West Indies board decision and sometimes I get so annoyed when we don’t support our own,” said Riley during an interview on a Barbados radio station on Tuesday.

On Wednesday the ICC stated that Singapore's Imran Khwaja will serve as interim chairman after India's Shashank Manohar stepped down.

Khwaja is the deputy chairman of the ICC and former president of the Singapore Cricket Association.

"The process for the chairperson election is expected to be approved by the ICC board within the next week,” the ICC said in a statement.