Customer at Criminal Records Office shot, reportedly by a cop 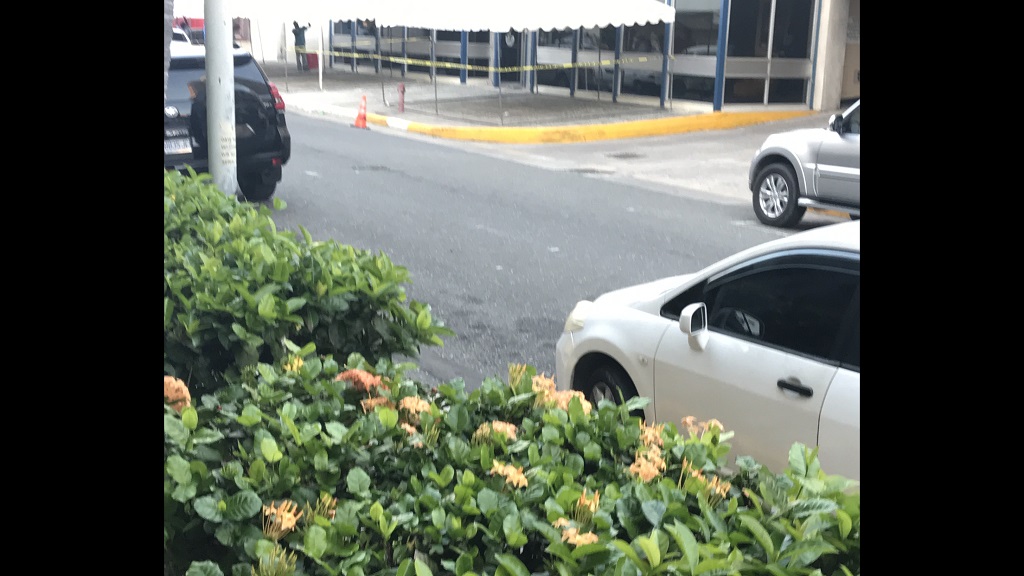 The scene outside the Criminal Records Office on Orange Street in downtown Kingston, where a customer was shot, reportedly by a policeman, on Tuesday afternoon.

A man was shot and injured at the entrance to the newly-opened Criminals Records Office on Orange Street in downtown Kingston on Tuesday.

Sources claimed the man was shot by a plainclothes police officer.

The police who were on the scene up to late Tuesday afternoon, did not provide any details on what transpired.

But sources told Loop News that about 4.30 pm, a Rastafarian man went to the facility to conduct business, and an argument developed between him and another man. 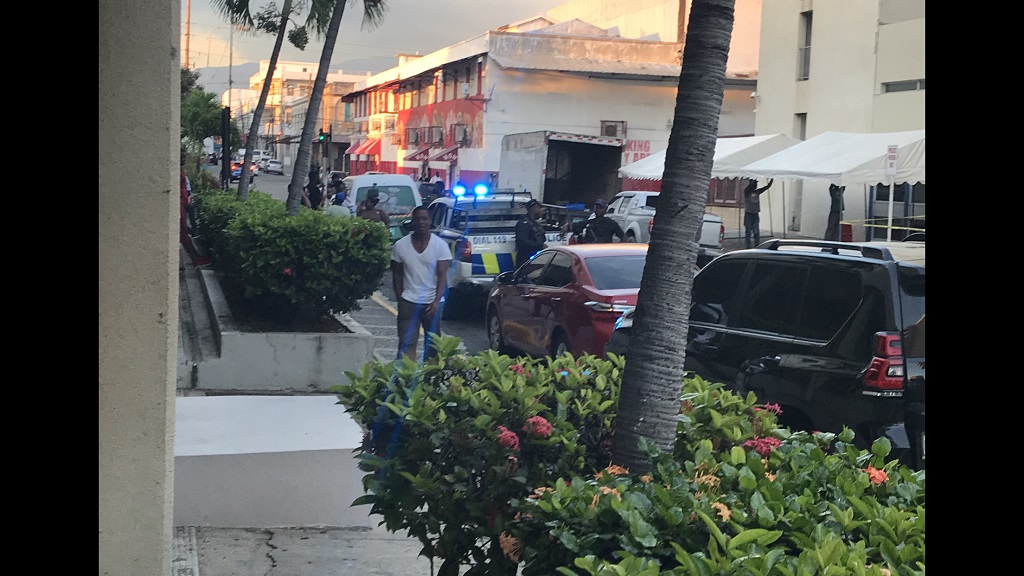 Police personnel among onlookers in general outside the scene of a shooting incident before the Criminal Records Office on Orange Street in downtown Kingston on Tuesday afternoon.

“The Rasta man was in the building when the police told him to sit down, and he refused. Soon after, an argument developed between the two, to the point where they started to fight,” an alleged eyewitness told Loop News.

The eyewitness claimed that the officer left from where the fight took place, went back into the office, came out and soon after an explosion was heard.

“After that me see the Rasta man on the ground holding him belly,” the eyewitness told Loop News.

The Criminal Records Office (CRO) that has long been located at 34 Duke Street, also in downtown Kingston, was recently temporarily closed to facilitate its relocation following concerns over air quality at the regular location. It was then moved to 6-8 Orange Street.