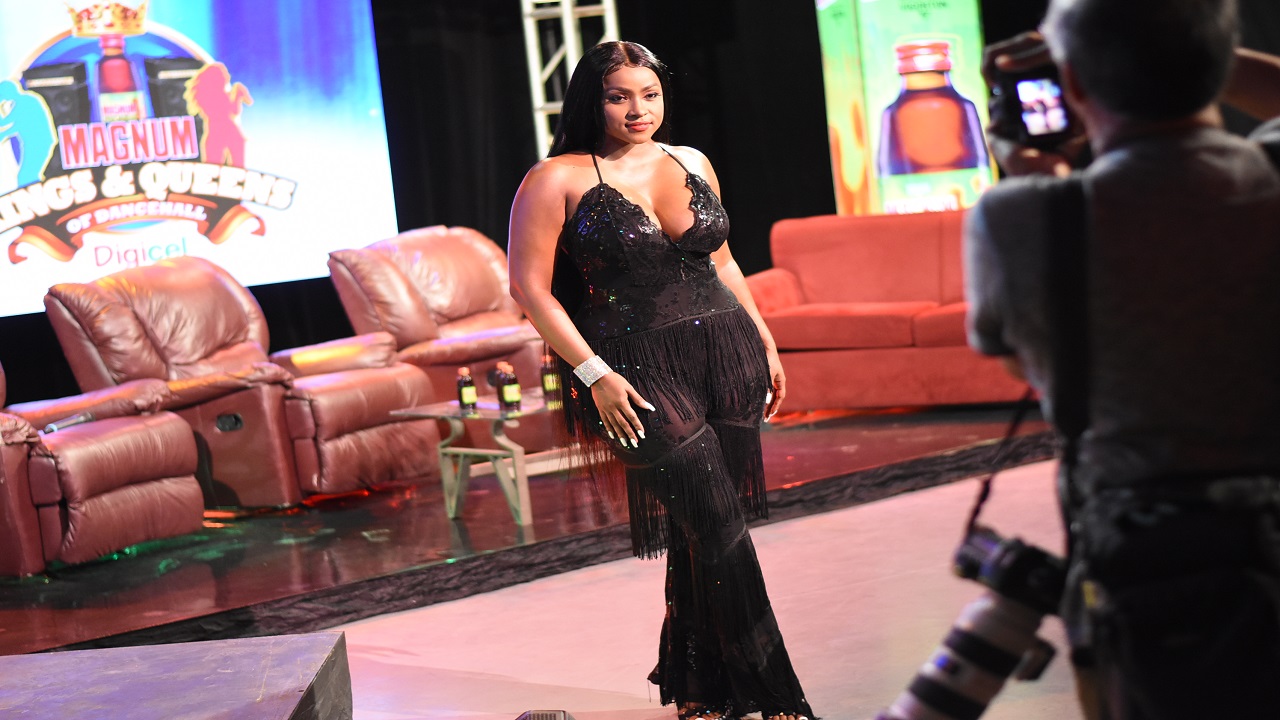 Yanique "Curvy Diva" Barrett at the recent launch of the 11th season of Magnum Kings and Queens of Dancehall. (PHOTO: Marlon Reid)

Recording artiste and television host Yanique "Curvy Diva" Barrett said she is excited in anticipation of her first hosting and performance appearance on the continent of Africa this December.

The artiste who embarked on a recording career less than a year ago has been reveling in the success of that endeavor with the chart topping first single, ‘Lifestyle’ and trending second release ‘Turn Your Lights Down Low’ with Kymani Marley.

The success of her recording projects have not only led to her topping charts locally and overseas, but have now given her a coveted opportunity to perform and host an event in Africa.

She is set to make an appearance at Reggae Afrobeat Jamrock in Abuja, Nigeria in December. According to a press release, the event will feature fellow dancehall artiste Popcaan and African reggae superstar 2 Face Adibia.

"I'm very excited for all the great opportunities I've been receiving since the launch of my recording career, Good Good Production saw great potential and now all these doors are opening, I can't wait to meet and perform for my fans in Abuja Nigeria" Curvy Diva said in the release.

It will be Barrett's first time in Africa even though she has travelled extensively hosting internationally for years in places like London, Toronto and the Caribbean. According to the release, the trip also gives Curvy Diva the opportunity to increase the promotion of her new music video for her popular ‘Lifestyle’ single.

"The promotion continues for my singles and my Lifestyle video, Already the video has over 1/4 million views and rave reviews after just a few weeks, there is so much more to come," Barrett said.

Plans are being put in place to shoot the music video for trending collaboration 'Turn Your Lights Down Low' with Kymani Marley next.

The Curvy Diva is also ready to return to her hosting duties for the 11th season of Magnum Kings and Queens of Dancehall television show, which is now in the audition phase of the 2018 competition.