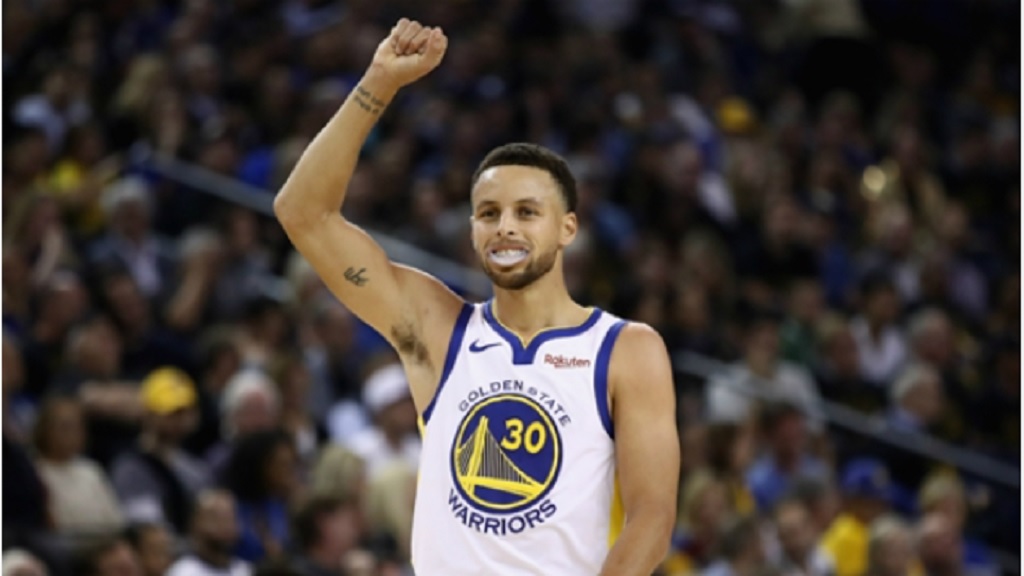 The two-time MVP finished with 20 points and seven rebounds to help lead the Warriors in Oakland, while Kevin Durant posted 23 points to move 33rd on the all-time scoring list.

Elsewhere, the Milwaukee Bucks outlasted the Detroit Pistons 107-104 thanks to Giannis Antetokounmpo.

Antetokounmpo and his supporting cast proved to be too hot to handle, despite a triple-double performance from Blake Griffin and an impressive fourth-quarter comeback by the Pistons.

Detroit trailed by 15 at one point down the stretch, but they went on a huge run to cut the lead down to one with a little less than three minutes remaining in regulation. Antetokounmpo, however, demonstrated his vast skill set and led his team to the victory.

Antetokounmpo recorded 32 points and 12 rebounds on 15-of-21 shooting, while Khris Middleton poured in 22 points to support Milwaukee's superstar.

Pistons star Griffin had 19 points, 10 rebounds and 11 assists in the losing effort, and Reggie Bullock posted a career-high 24 points.

Devin Booker scored 38 points and was 14-of-15 from the free-throw line in the Phoenix Suns' 128-110 victory over the New York Knicks – the team's third consecutive victory.

James Harden led the Houston Rockets to their fourth successive win, tallying 47 points in a 102-97 triumph against the Utah Jazz.

George Hill scored one point and missed all six of his shot attempts in the Bucks' victory over the Pistons.

Okogie slams it down!

Josh Okogie took off to grab an alley-oop and slam this dunk down over Troy Williams in the Minnesota Timberwolves' 132-105 victory over the Sacramento Kings.

The Los Angeles Lakers were surprisingly beaten by the Washington Wizards on Sunday, while the Brooklyn Nets are riding a five-game winning streak, which includes victories over top Eastern Conference contenders like the Toronto Raptors and 76ers. The Lakers will be looking to bounce back with a big victory on the road, but the Nets are trying to keep things rolling.