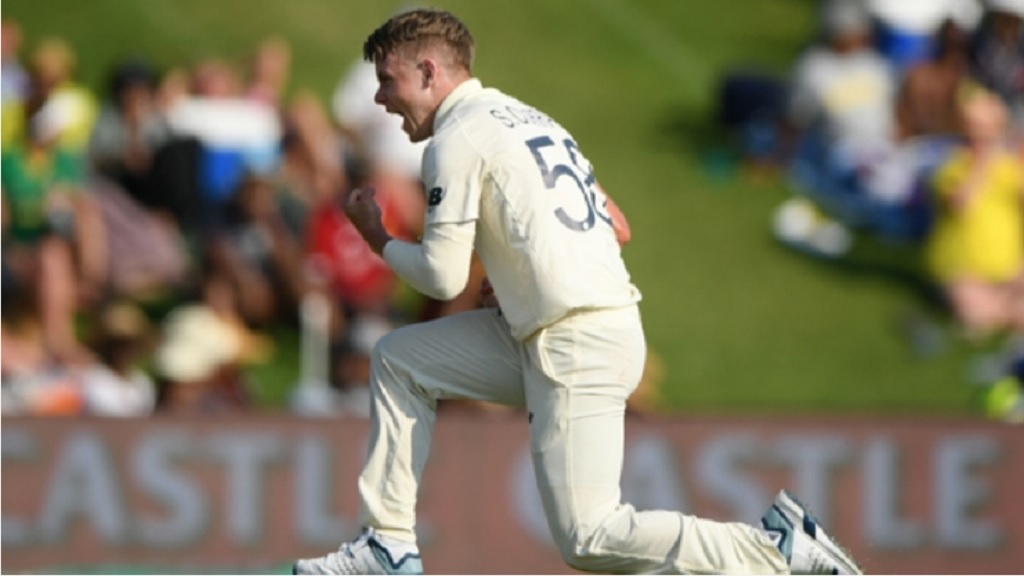 Sam Curran led the way for England as his four-wicket haul helped the visitors restrict South Africa to 277-9 on day one of the first Test at Centurion.

With Ben Stokes unable to bowl due to struggling with illness and dehydration, Curran seized the initiative to reward Joe Root's decision to put the Proteas in after winning the toss.

His dismissal of Quinton de Kock for 95 was crucial, with South Africa's wicketkeeper-batsman having frustrated England after coming in with the hosts wobbling at 97-4.

De Kock had got lucky on his way to a 45-ball fifty; James Anderson, who dismissed Dean Elgar with the first delivery of his 150th Test appearance, missed a difficult chance as Joe Root, England’s spin option in a seam-heavy attack, twice went close.

It was Curran's day, though, as the 21-year-old rounded off a fine performance with the vital breakthrough when a century for the left-hander looked a certainty, giving England the edge at stumps.

Back in action at Test level for the first time since the start of the Ashes in August, Anderson made an instant impact, Elgar caught down leg as he feathered an edge through to wicketkeeper Jos Buttler.

Determined not to be outdone, Curran wasted little time in making his mark, taking just four deliveries to draw Aiden Markram into a tame flick that was well caught by Jonny Bairstow.

Faf du Plessis and Zubayr Hamza managed to steady the ship for the home team, though the latter eventually went on 39 to Stuart Broad as South Africa reached lunch on 79-3.

With Jofra Archer and Anderson toiling in the afternoon, Curran was reintroduced – and immediately sent back Rassie van der Dussen, who saw a defensive prod only provide Root with a simple catch at first slip.

South Africa skipper Du Plessis provided his counterpart with a simple catch from Broad's bowling soon after too, leading to De Kock taking an aggressive approach in tricky circumstances.

Riding his luck at times, the 27-year-old cruised to a quick fifty, with Dwaine Pretorius (33) providing some welcome support.

Though Curran ended a sixth-wicket stand worth 87 after the restart, De Kock began to show greater discipline as he continued to drag South Africa up towards 300.

Yet Curran finally had his man when a full delivery nipped away slightly, with a thin edge going through to Buttler. He thought he had a five-for soon after, only for Keshav Maharaj to successfully review an lbw decision thanks to an inside edge.

Archer instead ended Maharaj's short stay at the crease and Kagiso Rabada succumbed to Broad in the closing stages, the fall of the ninth wicket ending proceedings on the opening day.