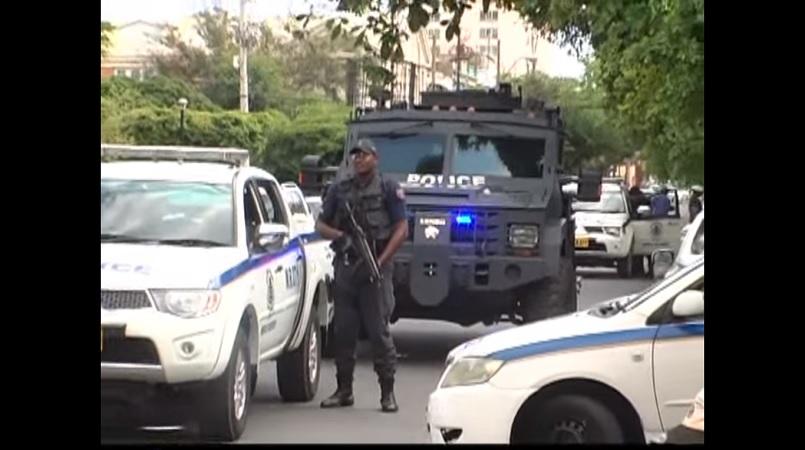 A curfew has been imposed in sections of Swallowfield in St. Andrew. The curfew began at 6:00 p.m., on Monday, February 04 and will remain in effect until 6:00 p.m. on Wednesday, February 06. The boundaries of the curfew are:

EAST:     Along an imaginary line from Swallowfield Road to the intersection of North Avenue and Authur Wint Drive.

SOUTH:  Along an imaginary line from the intersection of North Avenue and Authur Wint Drive to Old Hope Road vicinity Harris Pools.

WEST:    Along Old Hope Road from vicinity Harris Pools at the southern boundary to  Bundy Lane at the northern boundary.

During the hours of the curfew, all persons within the boundaries of the curfew are required to remain within their premises unless otherwise authorized in writing by the ground commander.

The curfew comes following a flare-up of violence between gangs in and around the area.

Sources report that on Saturday three people, all from the Swallowfield community, were shot and killed in separate incidents.

In one of the attacks, a man identified as Garfield Smith, 45, otherwise called ‘Marlon’ was shot and killed by gunmen close to the intersection of Wickham Avenue and Shortwood Road.

Reports are that about 3:45 p.m., Smith, a father of nine, was sitting in a car that was parked along the side of the road when men travelling with high-powered weapons pulled up in another vehicle. The attackers opened fire hitting Smith several times killing him on the spot.