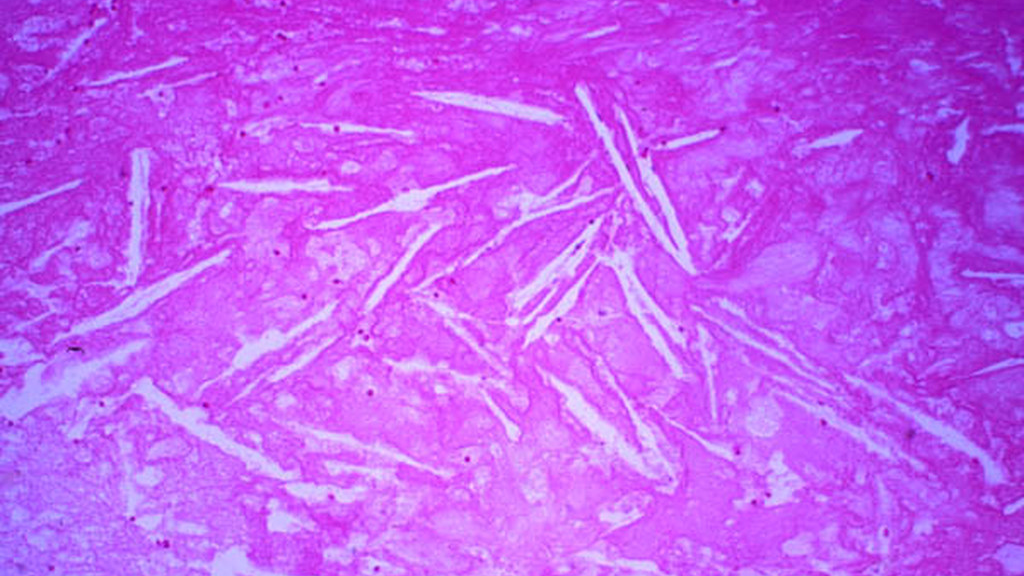 New research has found a link between crystallised cholesterol and heart failure.

The research, conducted at the Michigan State University study on 240 emergency room patients and found that 89  percent of them crystallized structures known as cholesterol crystals, blocking their arteries.

These crystals are released from the plaque that can build up in the heart and is often made up of fat, calcium and other substances as well.

George Abela, lead author and chief cardiologist at MSU, analysed the material that was obstructing the coronary arteries of patients who had suffered a heart attack.

"In previous studies, we showed that when cholesterol goes from a liquid to a solid, or crystal state, it expands in volume like ice and water," Abela said.

"This expansion inside the wall of the artery can tear it and block blood flow causing a heart attack or stroke."

Abela's team suctioned out the crystals when heart attack patients were admitted to hospital. What they found was that large clusters of crystals had been able to break through the plaque and walls of the arteries and had even entered the heart itself.

In addition to the physical damage caused by the crystals tearing through the arteries, they were also able to confirm that the crystals activated the production of inflammation molecules known as Interleukin-1 beta which can inflame and aggravate arteries.

Abela said the discovery means that treatment could now be found to dissolve these crystals and it reinforces that exercise and dietary choices have a proven ability to reduce the formation of these crystals in the first place.

After heart attack, 'Biggest Loser' host Bob Harper 'back to square one'

Spinning could be dangerous to your health

Federer shrugs off concerns over 82 unforced errors in Millman classic