Crowd couldn’t have enough of Beres at Caribbean Love concert 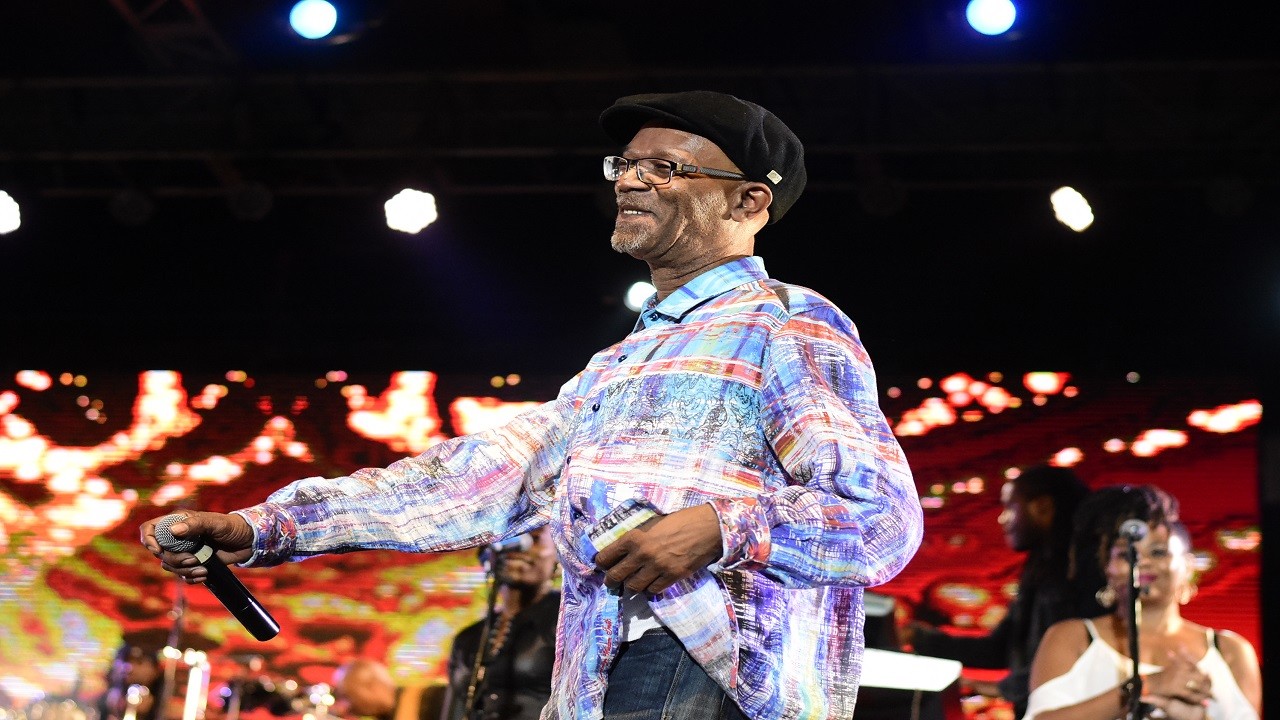 Beres, according to MC Tommy Cowan, should have only performed five minutes, but because the crowd would not let the veteran entertainer go, he had to deliver songs for more than 15 minutes, with the crowd singing along with all of them and still wanting more.

Beres was the only exception to an otherwise smoothly-run show, with most of the acts that performed doing only one song in the slot allotted to them on the over four-hour show.

He would once again show himself a class act, as with the fans screaming for more and calling his name, he never declined their pleas.

After being introduced by Christopher Martin, the reggae crooner opened his set to screams from the women with ‘No Goodbye’.

Never losing a beat, Beres gave the audience the first verse of ‘One Dance’, before launching into ‘She Loves Me Now’, to even louder screams from the women and, not wanting to alter the standard, after the first stanza, he delivered to them ‘I Feel Good’.

Having completed his rehearsed performance, Beres was ready to leave, but the screams and other expressions of approval from the audience told him that they wanted more. He then attempted to leave, but the noise was enough to signal that the crowd was willing to put up a fight to have more.

After looking towards the back of the stage, where the stage manager and crew were, and seemingly getting the signal to continue, Beres then started ‘Double Trouble’ without the aid of the band, which later joined in, as did the gathering, as the screams and noise gave way to rapturous singing.

With the crowd still clamouring for more, Beres would start another favourite, ‘Step Aside’ before departing the stage.

But, the audience would have none of that. They wanted more, and they made it known with more noise, as MC Tommy Cowan took up position to introduce to the stage, a group comprising Prime Minister Andrew Holness; Minister of Culture, Gender, Entertainment and Sports, Olivia ‘Babsy’ Grange; and the event organisers Josef Bogdanovich and Robert Russell, of Reggae Sumfest, who were all waiting backstage.

Sensing the crowd pulse after they started repeatedly shouting Beres’ name, the MC asked the audience if they wanted more and with Grange indicating that he should do one more, Cowan then recalled Beres to the stage, with the crowd still screaming his name.

On cue this time, he started ‘I Could Beat Myself’ with the band, which was organised for the event and led by veteran saxophonist Dean Fraser, to more loud screams, before doing ‘Rock Away’ to a slow R&B beat as the audience sang along.

Still not satisfied but understanding the situation, the crowd finally let Beres leave the stage, with a few women in the audience shouting, “Beres we love you.”

Meanwhile, Archbishop of Kingston Kenneth Richards, endeared himself to the crowd in the Indoor Sports Centre, when he tried deejaying.

After being introduced by gospel artiste Wendell Downswell, Richards started his speech, before to the tune of Buju Banton’s Big It Up, he sang, “God rule, him one, him come first; big him up, big him up, a him run di world” (repeat) to the applause and screams from the crowd.

He then continued his speech during which he said this was a time for Caribbean people to come together as one. He, then said that it will not be the IMF or the World Bank that will bring about a change, but the Caribbean working together to help those in the regions that are suffering.

After attributing all things to god he then launched into his deejaying again, “God rule, him one, him come first; big him up, big him up, a him run di world,” (repeat) to another round of cheering from the crowd.