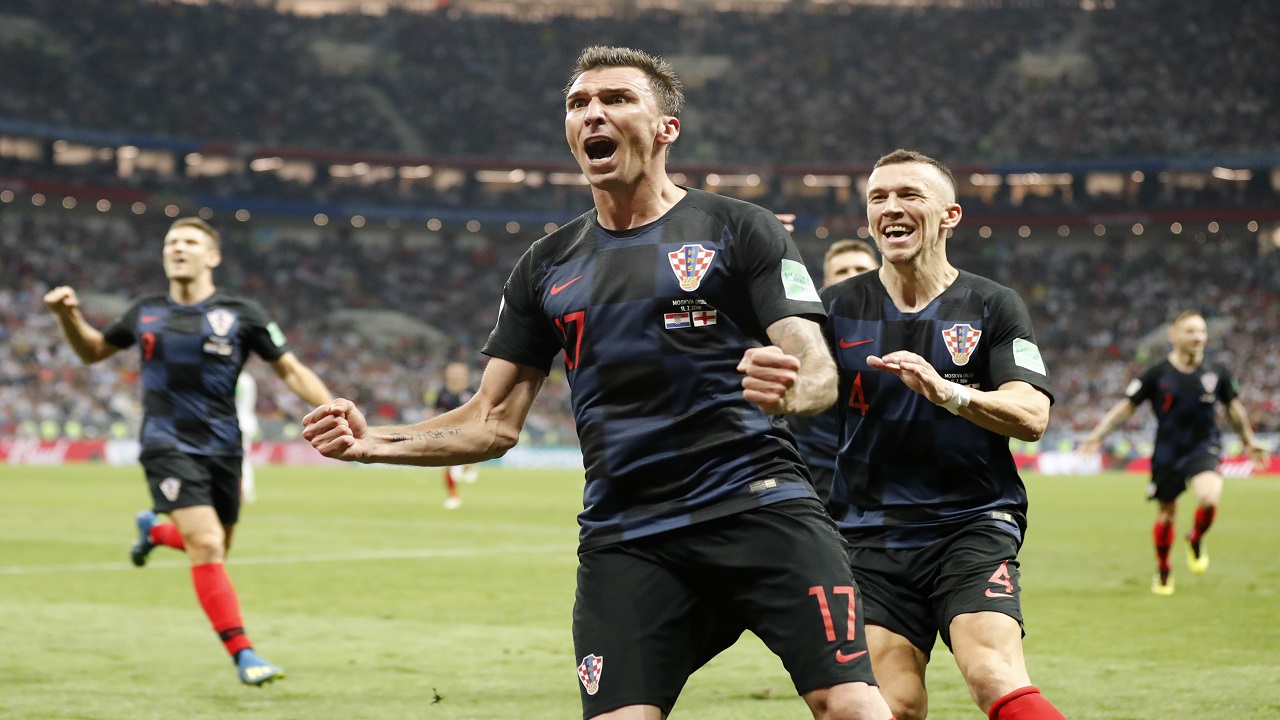 Croatia's Mario Mandzukic celebrates after scoring his side's second goal during the semifinal match against England at the 2018 football World Cup in the Luzhniki Stadium in Moscow, Russia, Wednesday, July 11, 2018. (AP Photo/Frank Augstein).

Mario Mandzukic's extra-time strike completed a battling turnaround as Croatia beat England 2-1 in Moscow to reach the World Cup final for the first time in their history.

England made an electric start with Kieran Trippier's early goal and for a large period of the game looked good value to book their passage to the final for the first time since 1966, but Croatia somehow battled through their apparent jadedness and tamed the Three Lions, Mandzukic landing the decisive blow.

Gareth Southgate consistently downplayed the euphoria in his team in the build-up, and for a while England gave every indication they were going to take charge of their own destiny, as Trippier found the net with a delightful free-kick in the fifth minute.

But Croatia rallied and gave England's back three more of an examination upon the start of the second period, eventually restoring parity – Ivan Perisic providing a clever finish in the 68th minute.

England managed to hang on to force an extra 30 minutes and initially looked the more threatening of the two teams once again in the additional period.

But Croatia kept their focus and Mandzukic struck left-footed in the 109th minute, ending England's dreams for another four years and setting up a final with France on Sunday, as Zlatko Dalic's men move another step closer to a first World Cup title.

England's start was emphatic, as they swiftly put Croatia on the back foot through a driving Dele Alli run, which Luka Modric had to stop on the edge of the area by fouling the Tottenham star.

Croatia did their confidence little good in the 22nd minute when Danijel Subasic's poor kick went straight to Raheem Sterling, who found Harry Kane, but he ultimately shot wide after straying offside.

There was promise for England again soon afterwards, though Kane struck the post from close range and was adjudged – seemingly incorrectly – to be offside following Alli's incisive pass.

Although they saw more of the ball, Dalic's side initially struggled to offer a significant improvement after half-time and England had a penalty shout turned down just after the hour – Domagoj Vida getting a slight touch on the ball before sending Sterling tumbling.

Finally things came together for Croatia at the other end soon after, as Perisic met Sime Vrsaljko's deep cross with a flying left-footed finish.

And they nearly went ahead with their next attack – Perisic slamming against the right-hand post before Ante Rebic put the rebound into Jordan Pickford's hands.

A late Croatia onslaught was unable to complete the turnaround and England stepped things up again in extra-time, almost retaking the lead when John Stones had a header cleared off the line by Vrsaljko in the 98th minute.

Pickford was similarly heroic at the other end, denying Mandzukic at point-blank range after the striker met Perisic's cross.

But Mandzukic came out on top soon after the break, latching on to Perisic's headed pass and sending a left-footed effort across Pickford to find the bottom-right corner, securing Croatia a return to the Luzhniki Stadium on Sunday for the final.