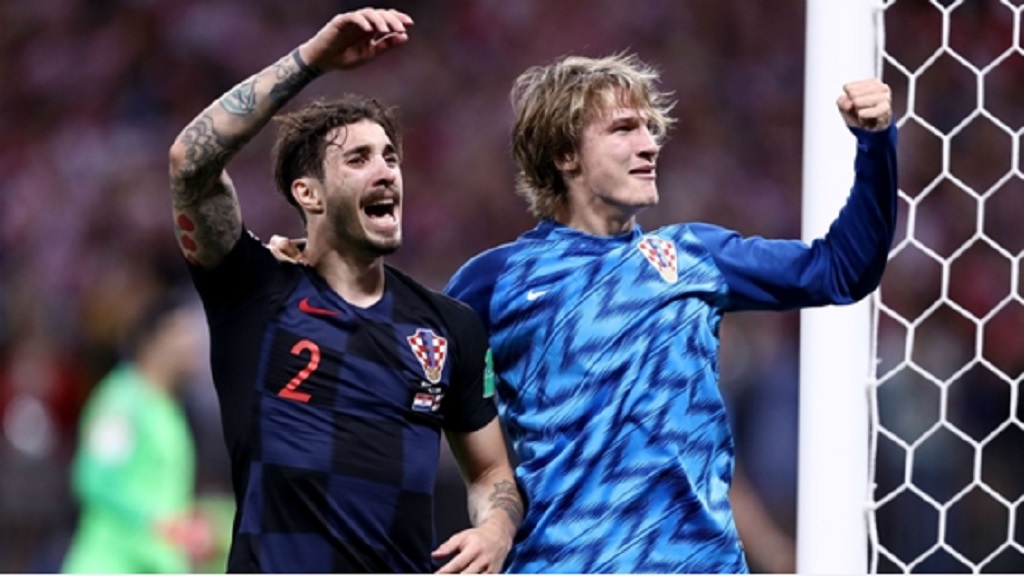 The World Cup finalists endured a miserable start to their Group 4 campaign in League A - thrashed by Spain in the reverse fixture and drawing with England - but they now head to Wembley in contention for a Finals place after an incredible finish in Zagreb.

A tame first half was followed by a frantic second as Croatia were twice pegged back by a rampant Spain side, Dani Ceballos levelling after Andrej Kramaric's opener, before a Sergio Ramos penalty cancelled out Jedvaj's first international goal.

But the Croatia full-back ensured his side would not be denied, lashing in a rebound in the dying seconds to keep the hosts in the running.

Spain, meanwhile, face a nervous wait after completing their group campaign, now requiring a draw between the two teams in London to reach next year's knockout stage.

The first goal was a gift when it finally did arrive. Sergio Ramos and Sergi Roberto traded passes in the corner before Perisic intercepted an impudent flick from the latter to send Kramaric through on goal, the forward keeping his cool to convert.

Yet Spain suddenly awoke from their slumber and a flowing attacking move down the left concluded with Isco squaring for Real Madrid team-mate Ceballos to slide into the net.

Kalinic lost the ball at Iago Aspas' feet for a seemingly simple Spanish second, but the forward prodded against the crossbar and Croatia were able to go up the other end and restore their lead, Jedvaj nodding Luka Modric's teasing cross in at close range.

De Gea denied Ante Rebic on the break at one end before a frantic scramble saw Sime Vrsaljko block Alvaro Morata's on-target header at the other, though the right-back's handball allowed Ramos to convert from 12 yards out.

However, there was still time for another twist as, with Croatia throwing everyone forward, De Gea could only parry a low shot as far as Jedvaj in a crowded penalty area, allowing the 22-year-old to settle a see-saw contest.