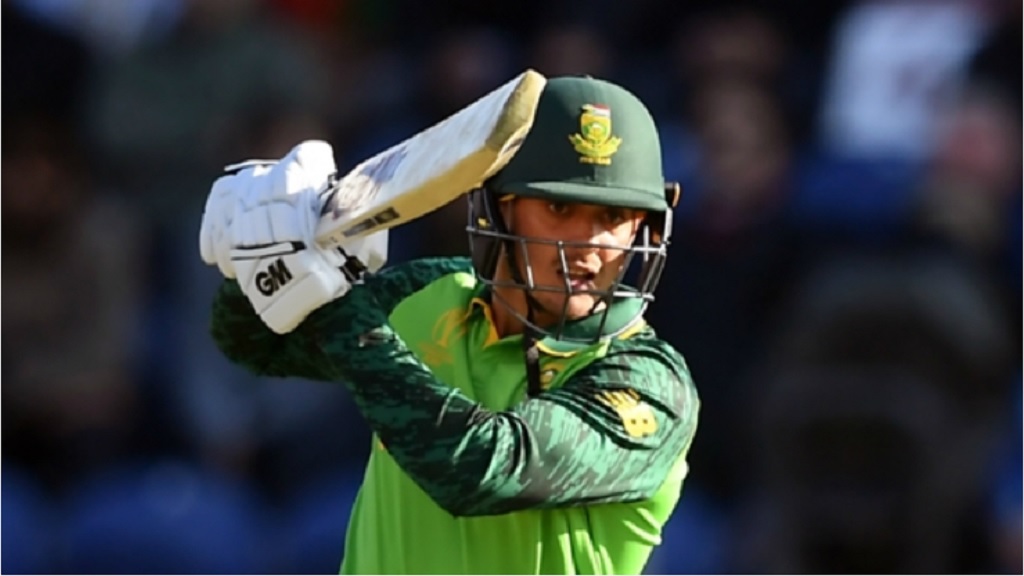 Rain continued to interrupt Afghanistan's efforts to build momentum and when Imran Tahir (4-29) removed Noor Ali Zadran (32) and Asghar Afghan (0) in the same over their hopes of building a defendable total were slim.

Andile Phehlukwayo (2-18) then bowled Mohammad Nabi (1) to leave Afghanistan's innings in tatters – having lost four wickets for a single run – and they were grateful for Rashid Khan's explosive 35 from 25 balls for leading them to a slightly more respectable score. They were bowled out for  125 off 34.1 overs.

South Africa were set a revised target of 127 and their victory was never in doubt despite veteran opener Hashim Amla continuing to look scratchy for his 41 not out, scored off 83 balls.

De Kock was more fluent, scoring at close to a run a ball until he fell to Afghanistan captain Gulbadin Naib (1-29), leaving Phehlukwayo – moved up the order to speed things along – to hit the winning runs with a thunderous six and give the Proteas renewed hope of qualification for the semi-finals.

Afghanistan's innings never got out of second gear but two spells of rain cost them any chance of settling against a much-improved Proteas attack.

That opener Noor Ali took 58 balls to amass his 32 demonstrated Afghanistan's struggles to alleviate the pressure and they did not clear the ropes at all despite Khan's lively cameo seeing them to three figures.

The oldest player in the tournament, Tahir recorded mediocre figures in his previous appearances at this World Cup, but the 40-year-old found the drop in quality provided by struggling Afghanistan useful for his leg-breaks.

A haul of four wickets doubles his tally at the 2019 tournament but, given the gulf in quality between the two sides, his typically exuberant celebrations, racing gleefully across the outfield, were perhaps needlessly over the top on this occasion.

Having scored only 25 runs across his three previous World Cup innings, Amla can be forgiven for taking his time at the crease in a chase that was at times painfully slow from South Africa.

But, although Amla successfully carried his bat, there were few signs to suggest the 36-year-old is coming into any sort of form and the Proteas will need more from one of their leading lights.