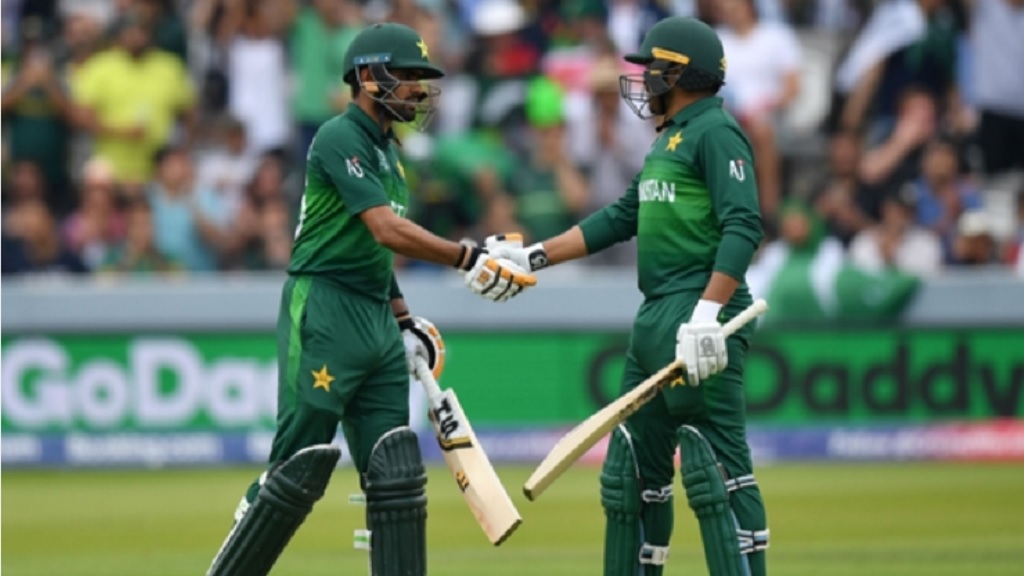 Unpredictable Pakistan needed a win to boost their chances of qualifying for the semi-finals and they moved level on points with Bangladesh and one adrift of fourth-placed England with two games to play.

Shaheen Afridi was the star with the ball, the paceman taking the third-best figures by a teenager in a World Cup with 3-28 as previously unbeaten New Zealand posted 237-6 on Wednesday.

Jimmy Neesham made an ODI-best 97 not out and Colin de Grandhomme 64 in a record sixth-wicket World Cup stand for New Zealand of 132 in batting conditions that were anything but easy.

The Black Caps were unable to seal their spot in the last four, though, as the magnificent Babar – who finished with an unbeaten 101 from 127 balls - passed 50 for the third time in the tournament after being dropped by Tom Latham on 38 and went on to score a sublime 10th ODI century.

Sohail followed up a crucial 89 in his first match of the tournament against South Africa with a majestic 68 before he was run out with only two needed to win, ending a match-winning stand of 126.

The ICC Champions Trophy holders got home with five balls to spare and have exactly the same record as they had at this stage in the 1992 tournament, which they went on to win.

Shaheen came to the fore after the out-of-sorts Martin Guptill chopped Mohammad Amir's first ball on, dismissing Colin Munro before conjuring up a peach of a delivery to snare Ross Taylor caught behind - Sarfraz Ahmed taking a brilliant one-handed catch.

The towering 19-year-old generated great pace and pitched the ball up, Latham becoming his third victim - also caught behind.

Shaheen conceded only two boundaries in a brilliant 10-over display of fast bowling, with fellow left-armers Amir and Wahab Riaz much more expensive.

NEESHAM STEPS UP WITH GRAND SUPPORT

New Zealand were struggling on 83-5 when Shadab Khan took the big scalp of Kane Williamson, but all-rounders Neesham and de Grandhomme came to the rescue.

They were watchful in a tough predicament, but ran well between the wickets and cashed in on any stray deliveries after early boundaries had proved to be few and far between.

Neesham struck Shadab for the first six of the innings in the 33rd over and dispatched Amir all the way over midwicket before nailing the last ball of the innings from Wahab over the ropes following the run out of the powerful de Grandhomme.

Trent Boult and Lockie Ferguson reduced Pakistan to 44-2 by removing the openers, Guptill showing safe hands on both occasions, before the spinners put the squeeze on.

Mitchell Santner generated sharp turn and Mohammad Hafeez (32) had a rush of blood to the head when he holed out in Williamson's first over, but the brilliant Babar and Sohail weathered the storm and passed a trial by spin.

They hung in there and treated their vociferous supporters to an exquisite exhibition against both spin and pace, using their feet brilliantly and playing classy shots on both sides of the wicket.

Babar - who had 11 boundaries, all of which were fours - had a stroke of luck when he was put down by Latham off Santner, but deserved that fortune and took full advantage.

Sohail was also batting with great skill and application, with captain Sarfraz scoring the winning runs off the first ball of the last over.