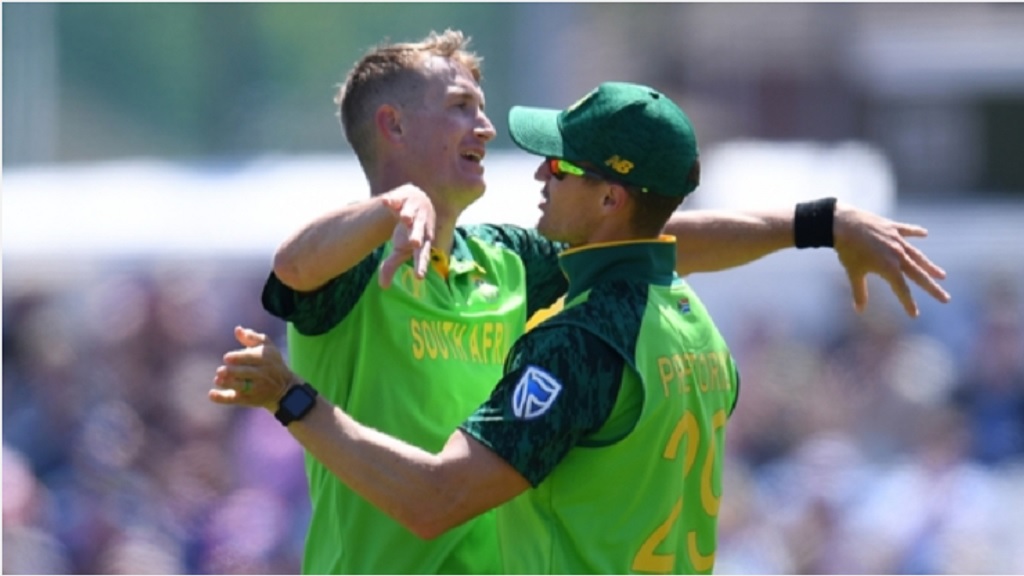 Sri Lanka were just two points behind fourth-placed England with a game in hand coming into this clash, yet they were completely overmatched as a paltry target of 204 was eaten up by Hashim Amla (80 not out) and Faf du Plessis (96 no).

The 1996 champions had recovered to 67-1 after captain Dimuth Karunaratne fell to Kagiso Rabada from the first ball of the match, but they were quickly reined back in.

The 57-ball partnership of Avishka Fernando (30) and Kusal Perera (30) was crucially broken by Dwaine Pretorius, who then took 3-25 as the South African bowlers took control.

After Sri Lanka had stuttered to 203 all out with three balls unused, having failed to get another combination moving under pressure from Rabada (2-36), the Proteas cruised in reply.

Lasith Malinga intervened with an early trademark yorker to Quinton de Kock, but Amla then sauntered to a half-century and Du Plessis soon followed.

Amla even bizarrely survived an lbw call when he begrudgingly reviewed and started to walk, only to retreat when tracking showed the ball was pitching outside leg, summing up a miserable day for Sri Lanka.

The partnership remained unbroken on 175 as South Africa reached 206-1 with more than 12 overs remaining.

Sri Lanka face West Indies and then India to close out the first round but could now see England, Bangladesh, and Pakistan all pull clear ahead of them.

With just a single win to their name coming into this match, South Africa at least restored some pride with a fine bowling display. Pretorious was the star man, getting Fernando in good time and later removing Kusal Mendis in a wicket-maiden. His team-mates contributed too, though, as Rabada remained economical, Chris Morris picked up 3-46 and JP Duminy took a wicket with his first ball.

If Sri Lanka fans were feeling a little low amid their batting display, they at least did not sink as far as the players. Both teams were comically left lying prone on the Riverside pitch as a swarm of bees interrupted play late in the first innings.

With a game in hand over the three other teams fighting for fourth place and facing an out-of-sorts South Africa side, a semi-final place was still realistic for Sri Lanka coming into this one. That may no longer be the case. They batted poorly but then also offered little resistance with the ball in a dismal showing.