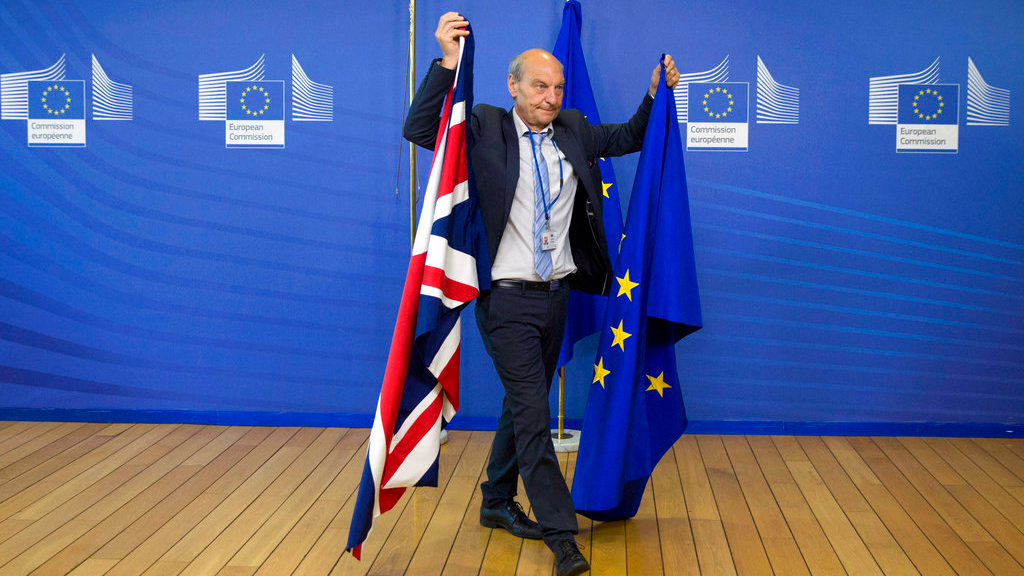 The official who created the rules for leaving the European Union said Friday that Britain can legally stop the process any time it wants before exit day in 2019.

As negotiators wrapped up another round of Brexit talks in Brussels, John Kerr, who drafted Article 50 of the EU's key treaty, said that "while the divorce talks proceed the parties are still married ... We can change our mind at any stage."

Kerr says the British government has misled voters into believing the process is unstoppable. British voters, and lawmakers, remain divided over Brexit.

Prime Minister Theresa May warned Friday she would not tolerate attempts "to try to block the democratic wishes of the British people by attempting to slow down or stop our departure from the European Union."

Monkey passes out for 10 hours from overdose after stealing coffee