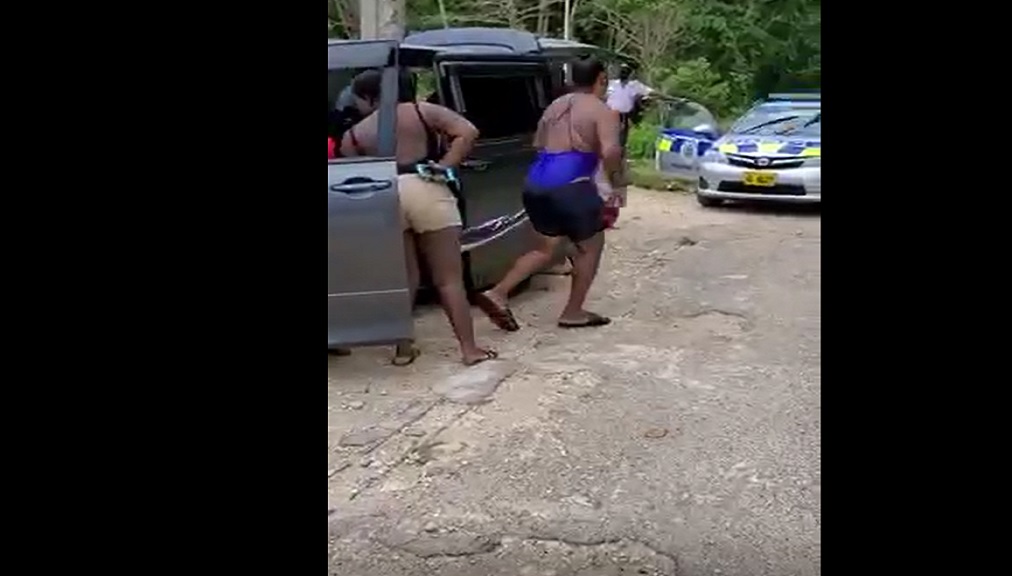 Thirty-four people were arrested and charged for breaching the Disaster Risk Management and the “Dangerous Drugs ACT in Trelawny on Friday.

Police said the persons, including one pregnant woman, were charged after they were found at a river participating in an entertainment event, in spite of concerns about the COVID -19 pandemic, from which Jamaica has so far confirmed 490 cases and nine deaths.

One bar operator was also arrested.  A bag containing vegetable matter believed to be marijuana was also seized.

Police said they also found out that a large number of persons held in the operation had travelled from other parishes to participate in the event.

Police said that about 3:30 pm team of officers went to Bengal River in the parish where the large group of persons  were seen.

The operation comes just days after another 18 persons were arrested and charged by a team of police personnel from the Public Safety and Traffic Enforcement Branch (PSTEB) and the Kingston Central police for breaching of the Disaster Risk Management Act on Orange Street in downtown Kingston.

Reports from the PSTEB are that about 7:15 pm, on Saturday, May 2, a team of officers was on patrol on Orange Street when they heard loud music playing and proceeded to investigate the source and saw persons gathered at the location.