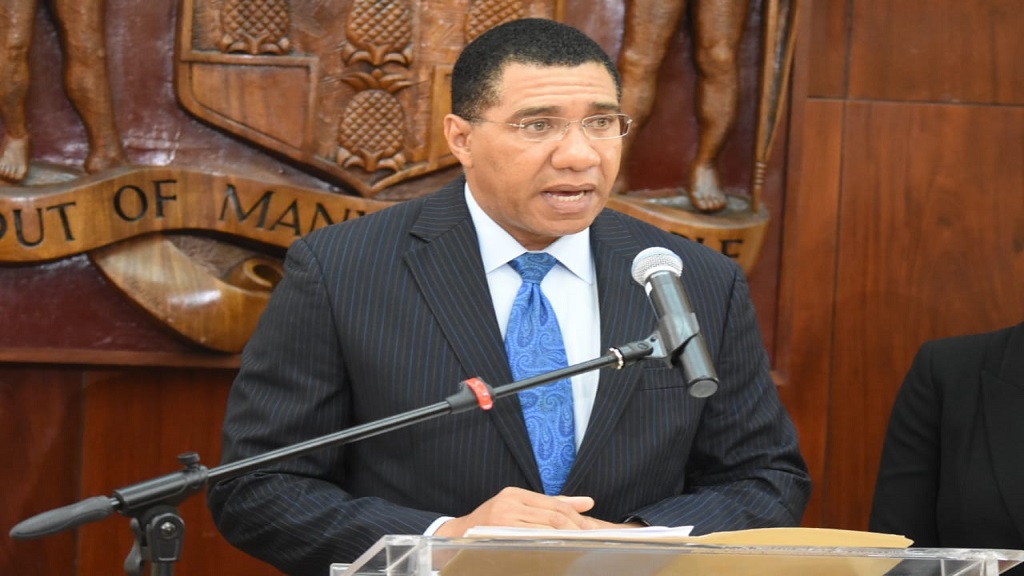 Holness gave the warning Friday as he addressed a press conference at Jamaica House where he gave an update on the Government’s response to the pandemic that has infected nearly 600,000 people worldwide, 30 of them in Jamaica. Of the more than 27,000 people who have succumbed to the respiratory disease, one died in Jamaica.

He particularly warned those who arrived in Jamaica between March 18 and 23. Over 2,000 persons arrived in the island during the five-day period in question, after Jamaica imposed tighter travel restrictions on those entering the country. The Government is concerned that those who refuse to self-quarantine could cause a spike in the number of COVID19 cases on the island.

Of the 30 confirmed cases of COVID-19 in Jamaica so far, one person contracted the virus after reportedly interacting with someone who knew that he/she had tested positive for the virus prior to arriving in the country.

The prime minister said this could be seen as a deliberate attempt to spread the virus. The government will be moving aggressively to address the worrying situation.

“We’ve asked the police to scrub the (flight) manifests that are there, pick up addresses that we have, to work with the Ministry of Health to visit addresses to see whether or not these addresses are suitable places for quarantine; and if the persons are there, to track and trace them and if they’re not observing the quarantine it will be the discretion of the Ministry of Health and the officers, to either warn, or charge, or place in state quarantine,” said Holness.

“If we go a second time and there’s still a non-observance of the quarantine protocol, then definitely, charges will be laid and those persons placed into state quarantine…,” the prime minister added.

He said the visits will also serve to determine whether the addresses where persons are supposed to be in self-quarantine are indeed suitable for the purpose.

Holness also encouraged persons to contact the authorities with information on individuals who are not observing the quarantine order.

Those persons who arrived in the island between March 18 and 23 are asked to visit jamcovid19.moh.gov.jm, while those wanting to provide information on those who are not in compliance may call 888-ONE LOVE.

“In treating with the crisis, law enforcement and public order will be critical to us coming out of the crisis,” Holness stated.

He said the government has no intention of putting the men and women of the Jamaica Constabulary Force at risk without providing them with the proper gear and the right training and standard operating procedures to allow them to effectively execute the tasks assigned to them”.

DEADLY CELLS: Concern about mobile phone use amid COVID-19 fight