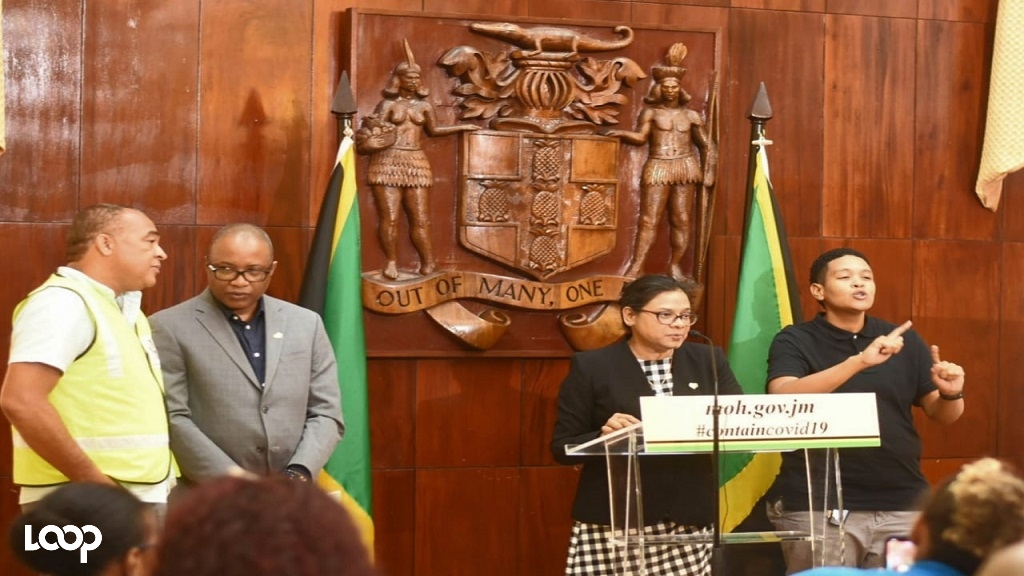 The Ministry of Health and Wellness has increased the level of testing being done across the island for the new coronavirus, COVID-19.

Speaking at at press conference at Jamaica House on Monday evening, the island’s Chief Medical Officer, Dr Jacquiline Bisasor McKenzie, said that preparations are also being made for additional bed space, with the community-transmission phase of the virus expected to start shortly.

Community transmission, according to the World Health Organisation (WHO), is the stage in which the transmission of the virus, for a large number of people, is not traceable.

Bisasor McKenzie said, “we have now increased surveillance to broaden the number of persons who we are testing, who we are identifying... we are testing now, all severe acute respiratory illnesses that are presenting to our hospitals. So all of these persons will be tested.

“Initially we were testing only those that came from what we call our sentinel hospital, prescribed hospitals that we would expect to see a volume of these persons,” she said.

According to Bisasor McKenzie, over the last week, 36 individuals who have shown up at hospitals across the island with acute respiratory illnesses, such as pneumonia and severe respiratory infections, have been tested. She said all those results came back negative.

She said that the assumption is that once community spread starts taking place, there will be an increase in the number of persons who will turn up at hospitals showing these symptoms.

Bissasor McKenzie said the testing will be done, whether these individuals were in contact with those who have already confirmed as being positive for the virus and this will also be done at accident and emergency departments of hospitals, as well as at health centres.

She aid, “once we start testing like this, once we have community transmission, we will be able to identify, right across the island, where it is that cases are.”

Meanwhile, she said the Ministry of Health and Wellness have already identified 316 beds in hospitals in designated COVID-19 wards.

She said the ministry has started the process of procuring additional critical high-dependency unit beds, ventilators, suction machines, infusion pumps and the necessary paraphernalia for the expected increase in hospitalisations.

She said, “we have started that process and some of these equipment have already come in place."

US couple hospitalised after taking anti-malaria additive for COVID-19