Court to hand down NIDS decision in six months 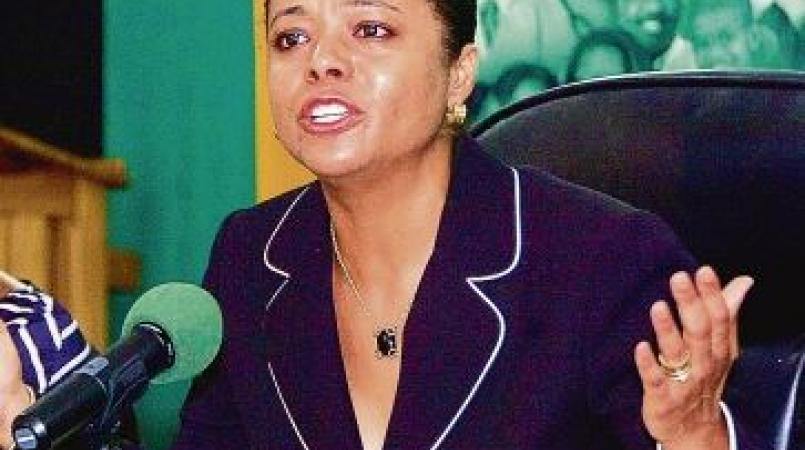 The country will have to wait for about six months, until next April, to know whether the action brought by the Opposition People’s National Party (PNP) challenging the constitutionality of some sections of the National Identification System (NIDS) Act was successful.

At that time, the country will know whether all, or parts, of the Act will be struck down.

Chief Justice Bryan Sykes who led the three-member panel of judges that heard the arguments from the Opposition and the Government over three days this week, from Monday to Wednesday, was on the final day relentless in his questioning of Attorney General Marlene Malahoo Forte who presented the Government's case.

For the three days that the court heard arguments, the Attorney General appeared to struggle to make the case for the controversial law that will make it mandatory for all Jamaicans to register, be fingerprinted and even state their blood type or face the risk of a huge fine or custodial sentence if they fail to do so.

The NIDS will also replace several pieces of identification now used by Jamaicans. Persons not registered under the NIDS will be unable to access certain government services. The Chief Justice has questioned whether the law breaches individuals' constitutional rights.

On Wednesday, Justice Sykes described as a “grand waste of time,” the attorney general's citing of several case laws as she again appeared to have difficulty making the case for the constitutionality of NIDS. According to Sykes, none of the several cases cited by the attorney general showed how NIDS, which is mandatory, would operate.

And, like he did the day before, the chief justice again raised questions about whether persons will be forced to give up their DNA information if they are asked to provide a sample to verify their blood type. He also questioned how readily accessible the information would be to law enforcement officials.

Justice Sykes further questioned whether it would be better for the Government to give free passports to Jamaicans rather than insist on the NIDS because of the likelihood that the law will breach the constitutional rights of Jamaicans.

The lead attorney for the PNP, Queens Counsel Michael Hylton told the Constitutional Court on Monday that the NIDS breached eight of the 25 fundamental rights which are contained in the Charter of Rights, including the right to privacy.

On Wednesday, Sykes noted that, in a free and democratic society, the preservation of an individual's freedom must be paramount. He said the State must ensure that any infringement is kept to a minimum.

The chief justice stated that, if a person's right to refuse is denied, the Government runs the risk of instituting a totalitarian regime under the NIDS.

The court action was brought by PNP General Secretary Julian Robinson on behalf of himself, his constituents and the party.