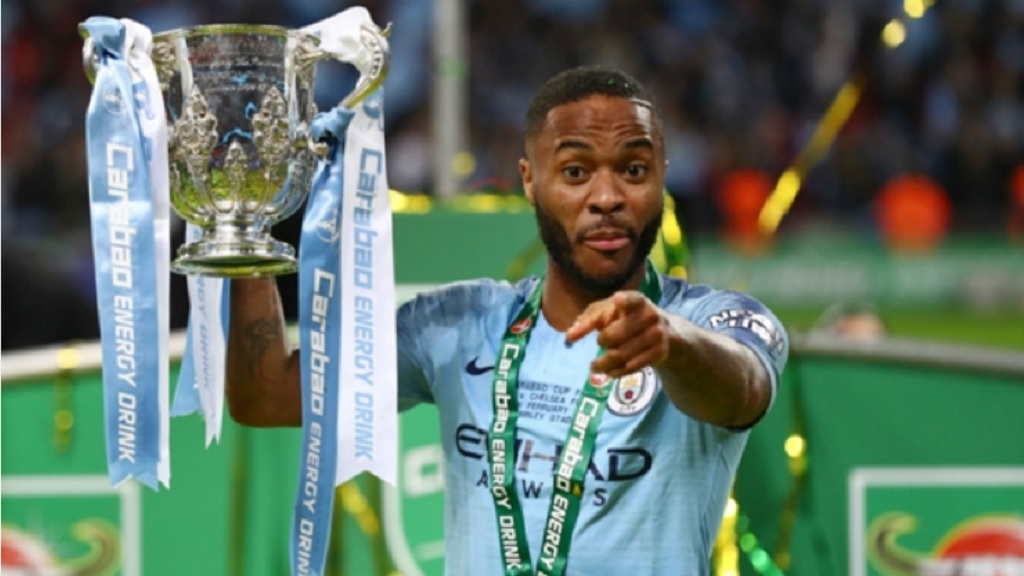 City return to action in the Premier League against West Ham on Wednesday and remain in the hunt for a landmark quadruple after Sunday's shoot-out success over Chelsea, which was sealed by Sterling's cool-headed effort that went in off the crossbar.

Guardiola revealed that Sterling, a player who has often come under intense scrutiny on and off the field, had put himself forward to take either the first or the fifth of City's spot-kicks at Wembley.

And it was that fact which most impressed Guardiola, who was asked about the extent of Sterling's potential.

"I cannot anticipate how far he will go, but I admire the fact that he took responsibility," said Guardiola.

"He wanted the last penalty or the first one. He's 24 years old and I think that's magnificent.

"I think he's enjoying it more, he will retire and say he had the courage and responsibility.

"The players are judged on these actions, the last taker in the finals. That makes the difference."

Despite having scaled new heights at the Etihad Stadium over the past couple of season in particular, turning occasional eye-catching displays into consistently excellent performances, it has been argued that Sterling's talent is still not fully appreciated outside of the club.

But Guardiola does not believe the England international should be troubled by that, insisting the respect of his team-mates carries more weight.

"He has to be not concerned about that, you show them," he added. "The important thing is the opinion of his mates, if they give credit, that's the best prize you can have as a football player."