Could Google write your emails for you? 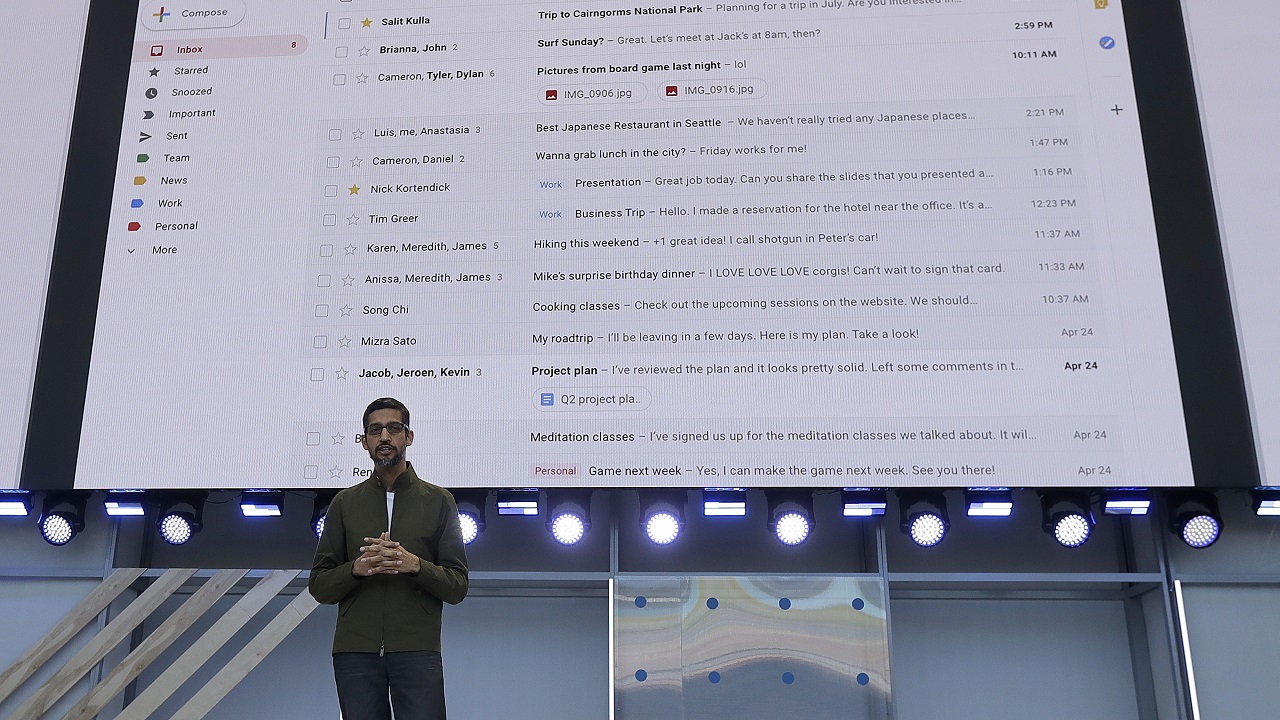 (Image: AP: Google CEO Sundar Pichai speaks at the Google conference on 8 May 2018)

Emails can take up a lot of time and, depending on what you are doing, get pretty repetitive. But Google is launching a new feature it believes will speed up the process, by automatically suggesting and completing sentences for you as you type.

The feature, called Smart Compose, is powered by artificial intelligence. It is similar to existing functions which predict and then auto-fill words, but with full sentences.

“Because it operates in the background, you can write an email like you normally would, and Smart Compose will offer suggestions as you type,” wrote Google Product Manager Paul Lambert in a blog post. “When you see a suggestion that you like, click the ‘tab’ button to use it.”

He said the feature would help save time by cutting back on repetitive writing, while reducing the chance of spelling and grammatical errors.

“It can even suggest relevant contextual phrases. For example, if it's Friday it may suggest 'Have a great weekend!' as a closing phrase,” he wrote.

The feature – which will start appearing in the latest version of Gmail in the next few weeks - is an extension of Smart Reply, which reads your email and offers three brief potential responses. It was one of several new products and initiatives announced at Google’s annual developers’ conference in California, which takes place from May 8-10.

Other innovations unveiled at the forum include:

- An augmented reality feature on Google Maps that helps people get walking directions. Users will be able to follow arrows - or possibly a cartoon-like creature - that appear on a camera view showing the actual street in front of them.

- Google Duplex – a new artificial intelligence system that would enable Google Assistant to do things like booking users a haircut or a table at a restaurant, and appear human while doing it. The Assistant uses pauses and thinking words like “um” to sound more human and, based on audio demonstrations, has the ability to handle some conversational curveballs.

- The Google Photos app will be able to suggest sharing photos with people in them, convert photos of documents to PDFs and add colour to black-and-white photos.