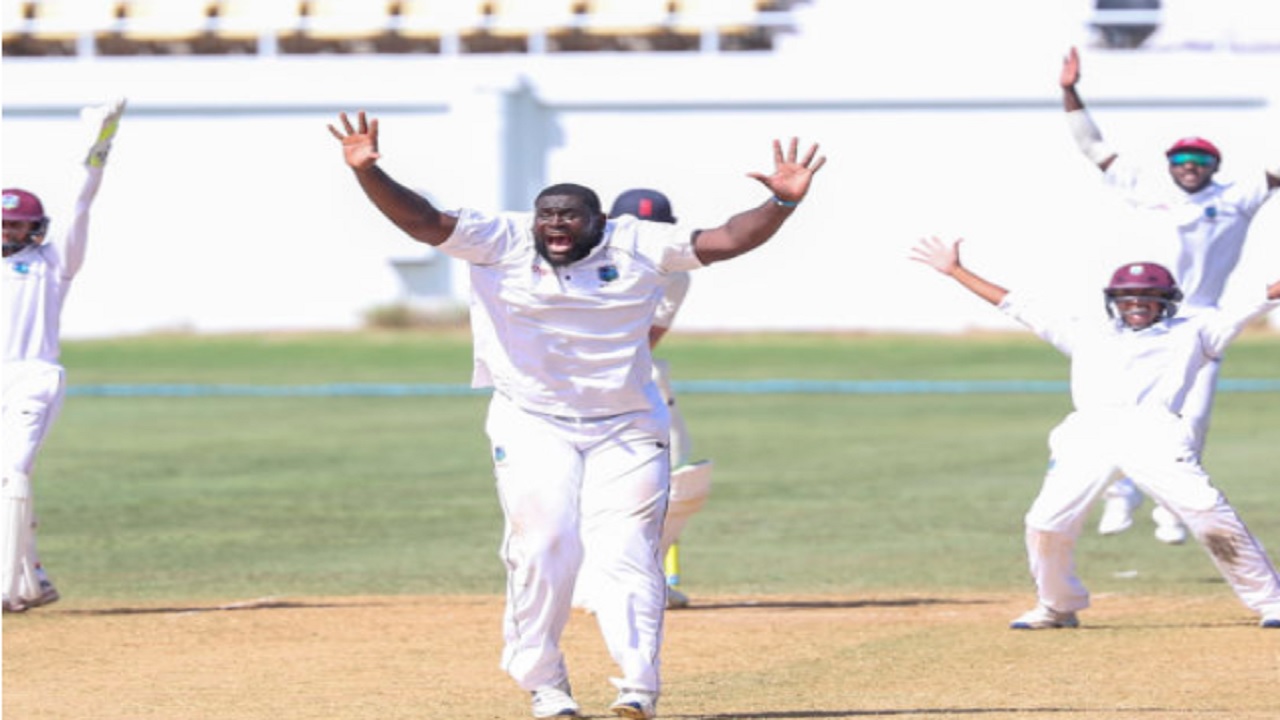 Off-spinner Rahkeem Cornwall snatched a three-wicket haul to rattle England Lions, but the visitors fightback West Indies 'A' on the opening day of the first four-day “Test” at the Trelawny Multi-Purpose Stadium in Jamaica on Sunday.

The visitors, asked to bat first  ended the day on 233 for six which represented a recovery, after they had slumped to 182 for six.

Cornwall, the leading bowler in the last two A series, once again came to the fore with three for 64 – a spell which kept the hosts in the contest throughout.

The off-spinner struck key blows for the Windies A and repeatedly forced the Lions to rebuild.

Jennings put on 38 for the first wicket with Haseeb Hameed who made 13 in nearly an hour-and-a-half at the crease before falling lbw to left-arm spinner Jomel Warrican.

Jennings and Gubbins then combined in a 56-run stand which ensured there was no further loss before the break.

The left-handed Jennings faced 125 balls in just shy of 2-1/2 hours at the crease and struck six fours while Gubbins also stroked six fours off 111 deliveries.

Jennings and Joe Clarke (1) fell in the space of 14 balls after Cornwall had Jennings caught at slip by Jermaine Blackwood, as Lions slipped to 101 for three.

Gubbins tried to rebuild in a 28-run stand with Liam Livingstone (21) but was also trapped lbw by Cornwall who then also accounted for Livingstone, bowled.

Slumping at 149 for five, Lions were revived by Coughlin in an innings that came from 96 deliveries and included five fours.

First, he put on 33 for the sixth wicket with Ben Foakes (16) before putting on a further 51 in an unbroken seventh wicket stand with Toby Roland-Jones, who was unbeaten at the end on 18.