Is 'couch-renting' the new 'bnb' craze? 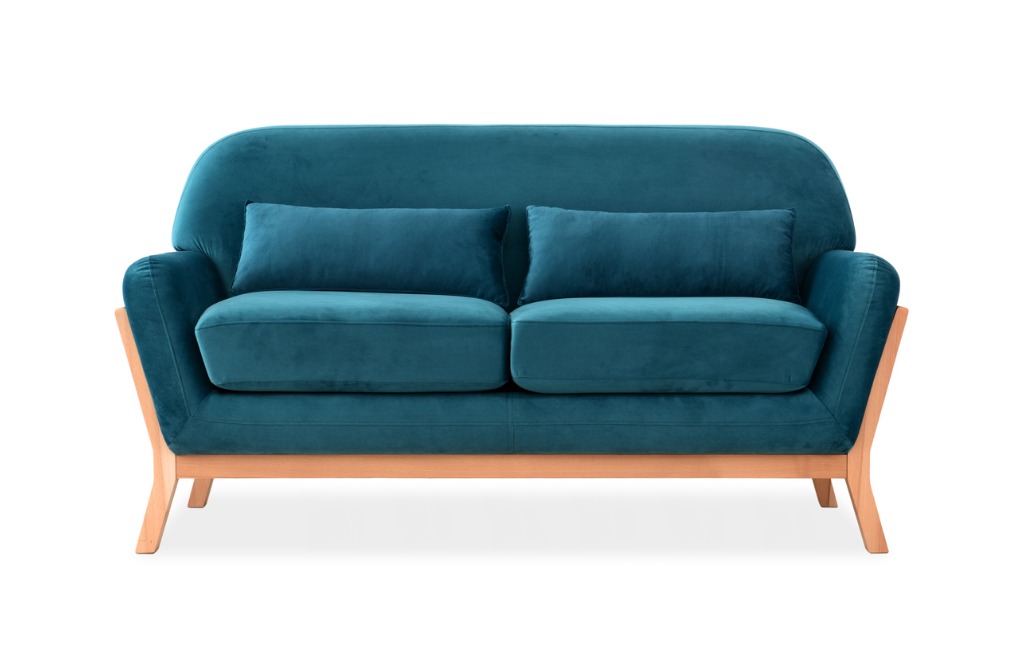 Would you rent a couch for your new apartment? (Photo: iStock)

This one's for the millennials. We’re calling it “Couching” or “Couch’nb”.

In this story from AP, we learn a lot more about this oddly curious epidemic…if we can call it that yet.

In most Caribbean homes, couches (aka settees, aka sofa, aka ... all the names you can think of) are the focal point and meeting place for many families.

And, in other households, they are the most overlooked accessory that simply blend in with the décor or are used as fillers.

Zachariah Mohammed’s living room is filled with stuff he doesn’t own.

He pays US$200 a month for the sofa, side table, bar cart, dining table and four chairs in his living room. It’s worth it, the 27-year-old New Yorker says.

If he needs to move, which he’s done twice in the last 12 months, he won’t need to lug a sofa across the city or worry if it will fit in a new place.

The furniture-rental start-up, Feather, will swap out items for something else.

“We don’t want to be stuck with a giant couch,” says Mohammed, a social media manager at a software company, who lives with his partner and their dog, Remy.

Feather, Fernish and other companies aim to rent furniture to millennials who don’t want to commit to big purchases or move heavy furniture and are willing to pay for the convenience.

It’s part of a wave of rental culture that includes Rent the Runway, focused on women’s designer clothing, and even Netflix and Spotify, which let you stream from a huge catalogue instead of buying individual TV show episodes, movies or songs.

“They’re moving a lot. They’re changing jobs a lot,” says Thomas Robertson, a marketing professor at the Wharton School of the University of Pennsylvania, describing the types of people who would use the services.

“Why would you want to be saddled with furniture?”

The furniture-rental companies target high-income city dwellers who want a US$1,100 orange love seat (US$46 a month) or US$980 leather bench (US$41 a month) — but only temporarily. The furniture itself is a step up from Ikea.

Park constantly bought and discarded cheap furniture. Then he moved to a furnished rental apartment in Singapore.

“It was probably the first time my adult life that I felt like I was truly at home,” Park says.

These start-ups are in just a handful of coastal cities, with few users, but seek to grow. They offer furniture from Crate & Barrel, West Elm and smaller brands.

Others are renting out home goods, too. Rent the Runway recently added West Elm pillows and quilts.

Ikea is testing a rental service in several countries outside the US, including Switzerland and Belgium.

Renting may make sense for a generation that sees “life as transient,” says Hana Ben-Shabat, the founder of Gen Z Planet, a research and advisory firm that focuses on the generation born between the late 1990s and 2016.

Young people today get married and buy homes later than they used to, and young people move more than older people do.

Moving her furniture from New York to Los Angeles would have cost Clarissa Wright US$3,000.

Instead, she gave away most of what she owned, travelled in Europe for two months and then rented a couch, bed, mattress, bar stools and other furniture in her new place, for US$255 a month.

Feather delivered and assembled everything in one day.

Wright, a 28-year-old marketing consultant for fashion and beauty brands, says she can switch out the furniture, add more stuff, and move to a new apartment or city. But right now, she doesn’t know what the future holds.

“I don’t think too far ahead,” she says.

That comes at a price. Critics have called the furniture-rental business exploitative in the past.

Stores like Rent-A-Center target low-income shoppers who can’t afford to buy a fridge or couch outright and charge higher prices overall than competitors.

Some of the new batch of furniture renters charge for membership, and there are fees for late-payments or for furniture that is badly damaged.

Customers can keep furniture if their monthly payments add up to full price. Prices are the same at West Elm and Crate & Barrel, but you could buy more cheaply directly from the store if there’s a sale.

“If people think this is the best way to buy a couch, they are wrong,” says Margot Saunders, the senior counsel at the National Consumer Law Center.

“They should recognize that they are paying for the convenience of renting.”

Airbnb says it will go public in 2020