Correa returns to Ecuador as feud with successor deepens 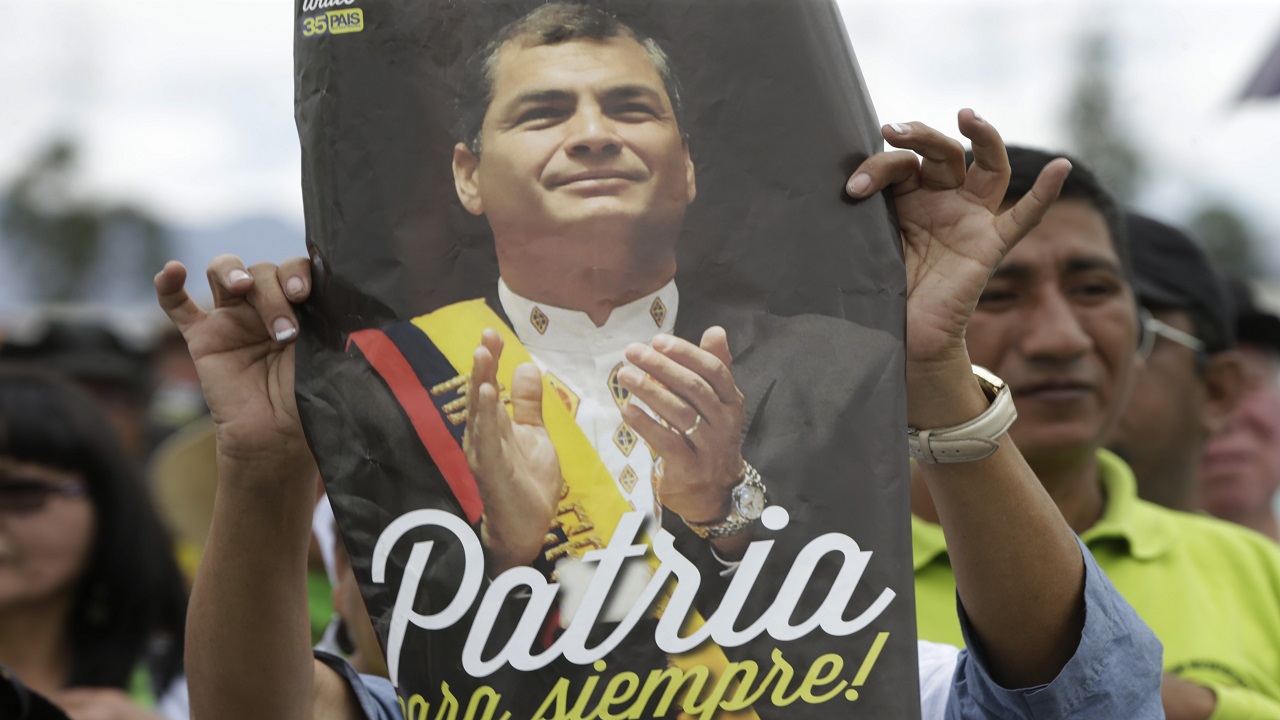 In this July 10, 2017 file photo, supporters of Ecuador's former President Rafael Correa gather to bid him farewell before he departs for Belgium to live with his family, from Quito, Ecuador.

Former Ecuadorean President Rafael Correa returned home Saturday for the first time since leaving office as he gears up for a political fight against his hand-picked successor.

A chaotic scene awaited Correa at the arrival terminal of Guayaquil's airport, where police were called in as dozens of his supporters exchanged insults and even a few blows with a smaller crowd of protesting critics.

The former president arrived shortly after midnight on a private flight from neighboring Colombia.

Correa returned to Ecuador to attend a Dec. 3 convention called by some of his top aides where President Lenin Moreno is expected to be expelled as head of the ruling Alianza Pais party. But Moreno's allies and an electoral court consider the congress illegal.

Correa has accused Moreno of betraying his legacy by pursuing conservative economic policies and going after close allies such as Vice President Jorge Glas, who has been jailed on corruption charges.

Correa currently lives in Belgium, where his wife is from, and has repeatedly said that he would only come out of political retirement if the social gains of what he calls his Citizens' Revolution were threatened.

Moreno has distanced himself from his one-time political mentor, courting conservative business leaders, exposing corruption and smoothing over tensions with the media and indigenous groups that Correa shunned. He's even accused Correa of planting hidden cameras in his presidential office to spy on him.

The conciliatory approach has proven successful: After winning election by a razor-thin majority, support for Moreno's government has soared to around 80 percent, according to several polls.

He now wants to break even further from Correa by pushing through a referendum that would make it impossible for Correa to run again for the presidency and purge institutions of much of his influence.

As part of the deepening feud, Moreno withdrew all powers from Vice President Glas, who has been jailed on charges of accepting bribes during Correa's decade-long rule.