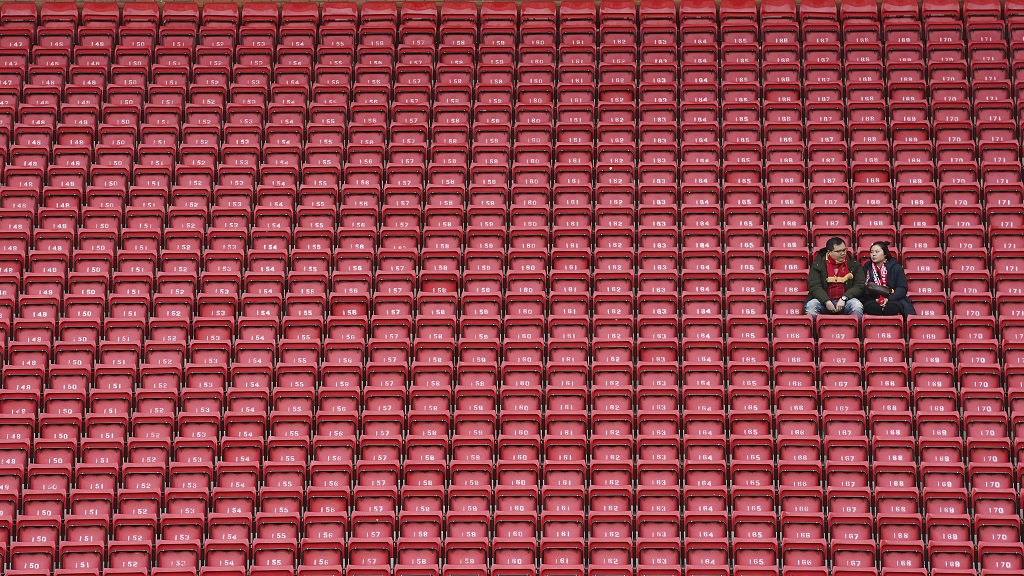 In this March 7, 2020, file photo, people sit surrounded by empty seats as they wait for the start of the English Premier League football match between Liverpool and Bournemouth at Anfield stadium in Liverpool, England. The crippling grip the coronavirus pandemic has had on the sports world has forced universities, leagues and franchises to evaluate how they might someday welcome back fans. (AP Photo/Jon Super, File).

The English Premier League has announced that there were no new cases of coronavirus found in the latest round of testing.

A total of 1,195 players and staff were tested for COVID-19 across Thursday and Friday and, for the second time in six rounds of testing, there were no positives.

The previous round yielded one positive, which Tottenham confirmed was one of their employees.

A statement released on Saturday read: "The Premier League can today confirm that on Thursday 4 June and Friday 5 June, 1,195 players and club staff were tested for COVID-19. Of these, zero have tested positive.

"The Premier League is providing this aggregated information for the purposes of competition integrity and transparency.

"No specific details as to clubs or individuals will be provided by the League and results will be made public after each round of testing."

The first set of tests, which took place on May 17-18 produced six positives from a sample size of 748. Since then, the highest total of positives came in round three, with four from 1,008 tests.

The Premier League will restart with two matches on June 17, as Manchester City face Arsenal while Aston Villa take on Sheffield United.