Coronavirus: Guardiola not keen on games behind closed doors 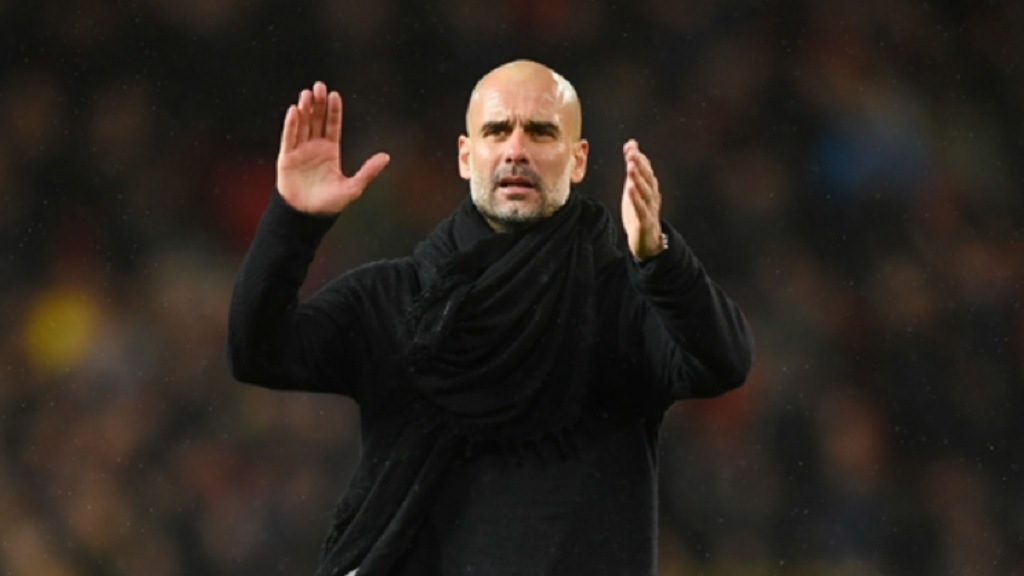 Manchester City manager Pep Guardiola does not believe playing games behind closed doors is a viable long-term move as the football world seeks to address the spread of coronavirus.

All sporting activity in Italy has been suspended until April 3, while Ligue 1 and LaLiga have moved to keep spectators away from games over the coming weeks.

The forthcoming Champions League matches where Barcelona host Napoli and Chelsea travel to Bayern Munich will also take place without fans in the ground.

No such action has reached English football as yet, although Guardiola feels it is inevitable given mounting fears in Europe over the virus that has now claimed in excess of 4,000 lives worldwide.

Nevertheless, as City prepare for three matches at the Etihad Stadium in the space of seven days – starting with Wednesday's rearranged Premier League clash against Arsenal – Guardiola stated he would sooner have games suspended if the alternative is empty stands for the foreseeable future.

"We are conscious of it because it happened already in Italy," he told a pre-match news conference.

"The league is suspended, in Spain they start the next two weeks behind closed doors and I think it is going to happen here because the tendency [instances of coronavirus] rises in the same level as in Italy before and Spain right now.

"The other thing we have to ask is whether it works to play football without the spectators. They are the reason why we do our job, for the people. If the people cannot come to the games there is no sense.

"I would not love to play football games in the Champions League, in the Premier League or in the cups or whatever without the people.

Guardiola went on to underline his belief that football derives meaning from being played in front of the paying public.

"I would prefer not to play than without people, definitely," he said. "We are here for the people. Of course, if it is for one game or two games I can understand it. But longer…

"But I am going to say I would love to play with spectators, with our fans. For one game it can happen, for a long time there is no sense.

"But the health is the most important thing right now, not the competitions. It is how to take care of this situation, which is getting worse country by country, day by day."

Decision to be taken on Champs in next 24 hours - Tufton

Coronavirus: Serie A title could be decided by play-off, FIGC confirms