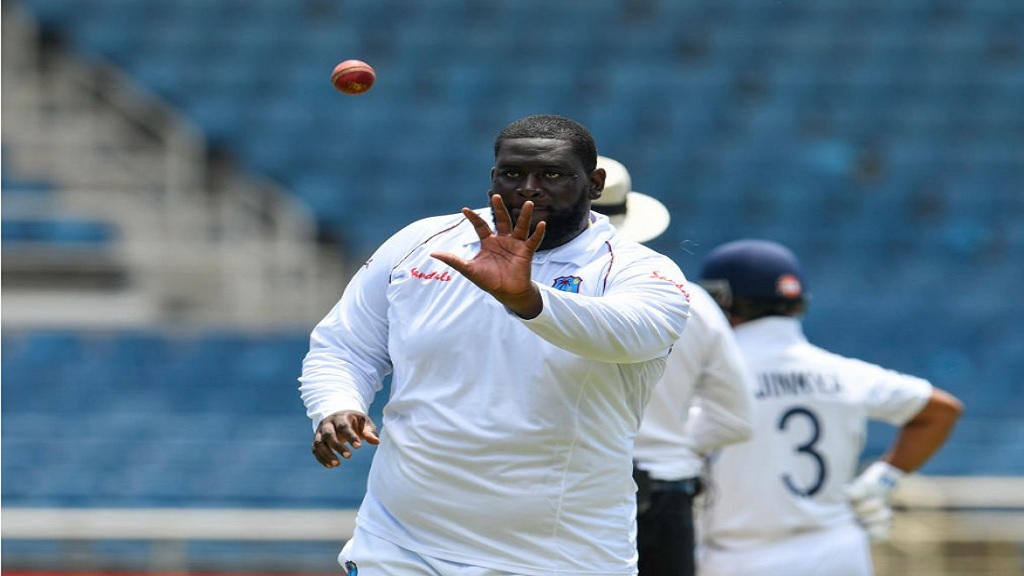 Rahkeem Cornwall made an impactful debut for West Indies with a wicket and two catches at slip, but India closed a keenly-contested opening day of the second Test at Sabina Park in Kingston on 264-5 after being asked to bat first on a green pitch on Friday.

The visitors had to recover from a shaky start to establish control - thanks in no small part to captain Virat Kohli.

Coming in at 46-2, Kohli helped to stabilise the India innings as he and opener Mayank Agarwal put on a crucial 69-run partnership for the third wicket.

Kohli went on to make 76 and Agarwal contributed 55 as India patiently amassed a steady total.

The India skipper became the third of West Indies counterpart Jason Holder's three wickets when he finally departed, edging behind to debutant wicketkeeper Jahmar Hamilton, leaving the tourists on 202-5.

At that stage, the day could have still swung West Indies' way.

However, Hanuma Vihari (42 not out) and Rishabh Pant (27no) saw India safely to the close of play without any further damage.

He bowled 27 overs at a cost of 69 runs on a day when West Indies leant heavily on spin having elected to bowl first.

Kemar Roach picked up the other wicket to fall  – the paceman had Ajinkya Rahane (24) caught behind by Hamilton, who stepped into the home XI to replace the injured Shai Hope behind the stumps.

India lead the two-match series 1-0 after a 318-run victory in the first Test at North Sound, Antigua.

It was a good day for me, my first day in Test cricket, I really enjoyed it. I was in the game from early with the catch and then I got another later on which was quite pleasing. Was also good to get my first wicket... and make a contribution to the team. One more wicket would have been great, but to have them five down is pretty good for us. The first session tomorrow will be crucial,” the confident Cornwall told reporters after the day.