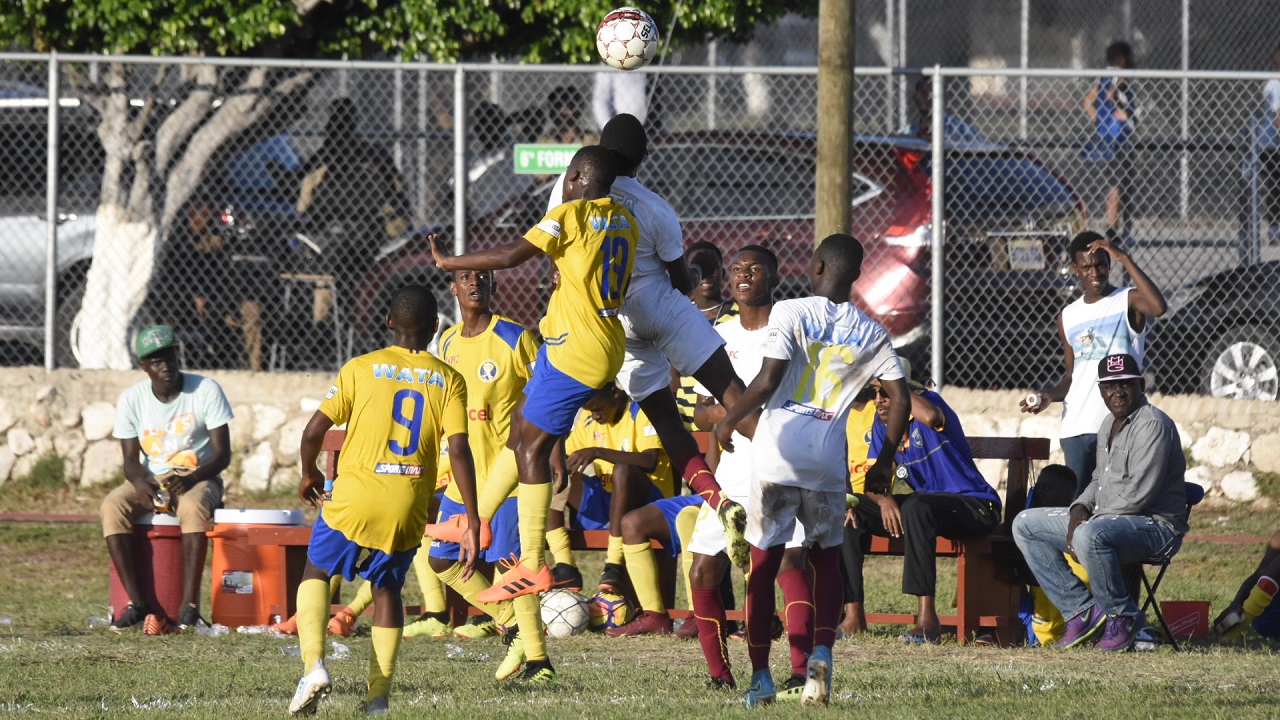 Former champions Cornwall College and St James High, both from Zone A, will be seeking to maintain their perfect starts on match day four of the 2018 ISSA/Wata daCosta Cup schoolboy football competition on Wednesday.

The day will feature 23 games across seven zones, all scheduled to kick off at 3:30 pm.

Cornwall College will play away to Green Pond, while St James High will take on Irwin High at Fairfield.

All three teams secured slim victories in their opening games on Monday and an interesting day looms in the group.

Fair Prospect are second in the zone, again on goal difference over Titchfield, which play Horace Clarke at home.

Over in Zone M, Winston Jones, which won their first ever match in the competition on Saturday, will be looking to keep the momentum going when they tackle former champions Glenmuir High at home. Both teams have played a game each and are on three points.

Meanwhile on match day three on Tuesday, Holmwood Technical moved to the top of Zone G with four points, after defeating Troy 3-0.  Holmwood lead on goal difference as Knox College and Christiana High are also on four points with respective 2-1 and 1-0 wins over Spalding High and Alston Hifgh

Irwin vs St James at Fairfield, Irwin
Anchovy vs Maldon at Anchovy
Green Pond vs Cornwall College at Green Pond