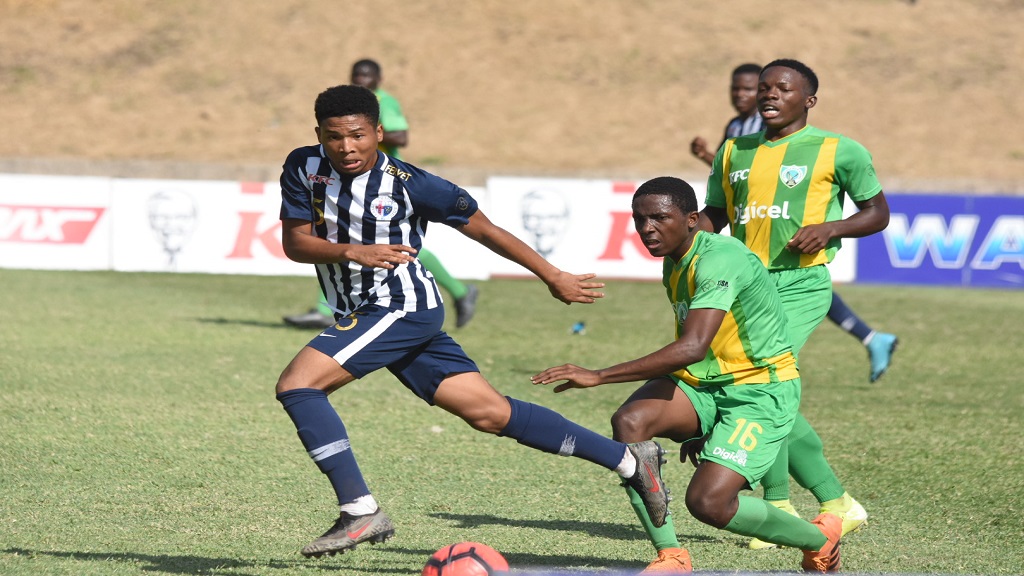 KC and JC will contest one of the semi-finals, while Cornwall College and Clarendon College will meet in the other.

At the Stadium East field in Kingston, Clarendon College scored a 2-1 victory over St Andrew Technical High School (STATHS) in the curtain-raiser to progress

Two goals inside the first two minutes of the match set the tone for an interesting battle between the teams.

Roderick Granville handed Clarendon College a 1-0 lead in the first minute of play, but STATHS responded immediately through the inform Warner Brown in the second minute.

Jaland Larmond found the winner in the 39th minute to push Clarendon College into the last four.

It was the second match between the teams inside four days as Excelsior High held JC to a surprised 0-0 draw in a Manning Cup quarter-final match on Wednesday.

JC won the inaugural title in 2014 when the competition was called Super Cup before it was rebranded in 2018 to the Champions Cup.

Over at the Montego Bay Sports Complex, KC - the 2017 champions -  scored a dramatic 2-1 victory over Frome Technical in the first match of the doubleheader to book their semi-final spot. KC found the winning goal with seconds remaining in time added on through captain Rajiv Green after the teams were locked a 1-1.

KC took the lead in the 62nd minute when Ryan Woodbine of Frome Technical deflected a shot from substitute Jamari  Morrison into his own goal. However, Frome Technical got back into the contest four minutes later when Giovanni Mittoo scored from a free-kick, but KC found the winner with seconds remaining before the dreaded penalty shootout.

In the late game at the venue, Cornwall College came from a goal down against St George's College, the 2015 champions, to push the game into penalty kicks and prevailed 3-2. The teams had battled to a 1-1 draw following regulation time.

Cornwall College are attempting to become for the first team to defend the Champions Cup title.