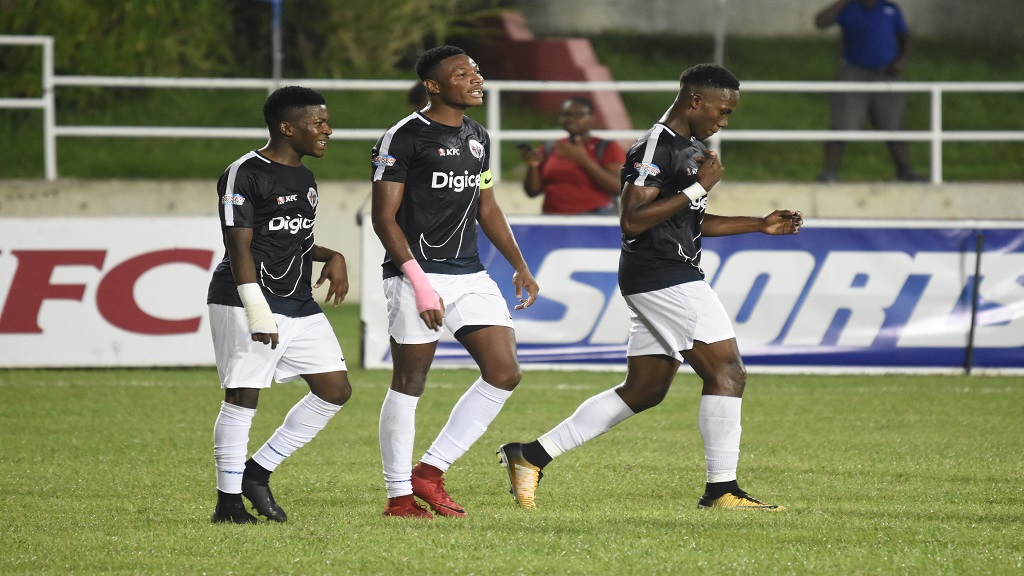 The teams secured their spots in the championship match on Friday following good victories in the semi-finals at Sabina Park in Kingston.

JC, the inaugural winner in 2014 when the competition was called Super Cup before it was rebranded this season to Champions Cup, easily defeated last season’s beaten finalist St Elizabeth Technical High School (STETHS) 4-0 in the second semi-final. Earlier, Cornwall College, which lost to Wolmer’s Boys in the 2016 final, blanked St George’s College 2-0.

After a goalless first half in the opening semi-final, Montego Bay-based Cornwall College, which had the better of play, deservedly broke the deadlock in the 62nd minute through Aiden Jakomba, who made amends for two misses earlier.

Jakomba, who had scored two goals in the quarter-finals against Camperdown High last week in Montego Bay, beat St George’s College goalkeeper Orville Smikle with a right footed shot to the near post for his 19th goal of the season.

Captain Shavon McDonald sealed the victory for Cornwall College from the penalty spot in the 68th minute after referee Cardella Samuels awarded the spot kick  because of a handled ball in the area.

The defeat was the first for St George’s College from 18 games this season. The Neville ‘Bertis’ Bell-coached side had won 11 of 15 games while drawing four in the Manning Cup competition, which also acts as the urban area qualifier for the Champions Cup.

Cornwall College have pushed their unbeaten run this season to 18 victories and a draw from 19 games of which 14 were in the daCosta Cup competition that also acts as the rural area qualifier for the Champions Cup.

But the night truly belonged to Aaron Elliott who hammered home a hat-trick to lead JC to their 4-0 whipping of STETHS, which had eliminated defending champions Kingston College (KC) in a sudden death penalty shootout on November 2 at Sabina Park.

Elliott achieved his hat-trick in the 69th minute after he had put JC 2-0 up with strikes in the 15th and 36th minutes.

Tremaine Thompson scored JC’s other goal in the 66th minute.

It was the final game this season for STETHS, which had failed to make the semi-finals of the Wata daCosta Cup, while St George's College will now concentrate on their Digicel Manning Cup semi-final match against JC on Tuesday, November 20 at the National Stadium

The Grand Finale of the Champions Cup is scheduled for Saturday, November 24. The winner of the competition will receive $1 million along with a redesigned trophy, runners-up $500,000; third-place $250,000 and fourth-place $100,000.